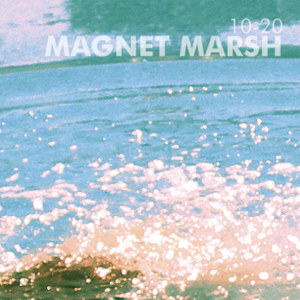 I’m a bit late on this but it’s worth it, believe me.

Broken_60 is a new imprint, a subsidiary to the Broken 20 label from  Ruaridh Law (a.k.a. The Village Orchestra) in collaboration with David Donnelly (a.k.a. Production Unit) and Dave Fyans (a.k.a. Erstlaub). They launched themselves a few months ago as a tape-only label, committed to releasing “music that makes sense in a tape format. That can either be because the source material is suited to the saturated thickness of tape or because a specific form is being aped (such as the beat tape, the mixtape, etc).” With a manifesto of sorts, they hymn a Platonic realm of abstraction and ideas whilst going on to express a certain amount of frustration with ideas of authenticity that circle around vinyl fetishism. Vinyl, of course, never really went away whereas the cassette does now feel a little archaic: a “time machine”, and as such carries something of a wounded gravitas and obsolescence.

But, the humble cassette of course carries a very particular type of ambience (both sonic and physical) alongside an element of danger (one dysfunctional ghost in the machine and your tape could be fucked for good) and, like vinyl, the tape is a living breathing artefact that wears out over time, with this unpredictable life-span casting a charismatic sonic footprint on the very sound that it is carrying. It combines the immersiveness of vinyl (skipping between tracks being both time consuming and difficult) with the portability of digital (via the mighty personal stereo). The other tremendous advantage of the cassette is that it is both financially liberating for both audience and provider – vinyl is a hideously expensive thing to both manufacture and consume and the return of the cassette is therefore a godsend to independent labels and artists who remain attached to the possibilities of the merging of sound and object.

Over the last couple of years Ed Davenport has been releasing emotionally powerful, texturally rich and structurally inventive electronica on the now sadly-defunct Highpoint Lowlife label. Always carrying a strangely evocative geographical feel, 10-20 last 4 EP’s for the label were a collective sequence that went by the title of Landforms. Whilst Ed has always dealt in fractured and fragmented textures and glitches, these were always wrapped up in a chunky production of rich clarity. Magnet Marsh on the other hand finds him engaging so fully with the idiosyncrasies and possibilities of magnetic tape that the 10-20 sound has now plummeted through a surreal wormhole of crumpled sublimity. Dressed in a faded, recycled sleeve showing an almost irreal gentle tide, it claims that “magnet marsh is a place that existed, in the land between Jurassic Park and Center Parcs. behind the enterprise zone retail park and adjacent to the ancient city of Teotihuacan”

These 21 tracks, separated over two sides, are like a form of exotica in constant beatific collapse or a sort of pastoral cubism. Rhythms stutter and fall apart, vanish from sight, re-appear and rearrange themselves whilst shifting sands of gaseous textures, Polaroid water spumes and sonar shudders blend with glitchy interruptions, and complex hidden melodies subversively embed themselves in your wandering mind’s eye. It’s almost pointless to isolate individual tracks, as Magnet Marsh is such a restless liquid ball-pond of sound that every second feels a little like a world in itself, and yet the album only makes complete sense as a whole piece. There is a paradoxical element to the production – a widescreen ambition married to an intimate production with an internal logic of its own. What Magnet Marsh most puts me in mind of, however, is a less metaphysically threatening version of the vortex in Christopher Priest’s The Dream Archipelago where, “every point on the surface of the earth existed in the same subjective moment of time, the same apparent day, the same season. The vortex spread with invisible gradients across the surface of the world to alter perception of time.”

Magnet Marsh is a perfect fusion of concept, format, sound and execution. Handled with understated elegance, it is richly atmospheric, emotionally eloquent and vibrantly evocative.