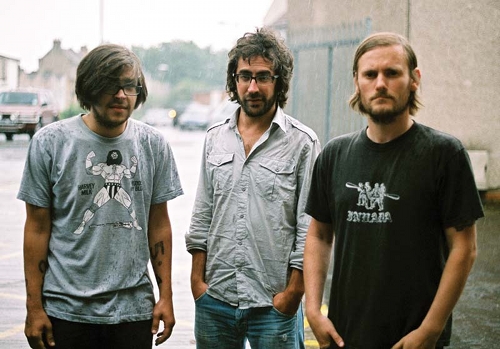 Geoff Barrow’s newfound industriousness shows no sign of letting up.

In the last few months, Barrow’s taken us for a drive through Megacity One and shown off the size of his address book. Pitchfork report that Barrow is set to reactivate his Beak> project. The trio’s last release was 2009’s self-titled debut, a record that saw Barrow elaborating the Kraturock influences that made Portishead’s Third so compelling.

As per Justice or Ed Sheeran, the new record is titled >>. No music or tracklist as yet, but there is a snazzy picture on the group’s Bandcamp of the group getting down to work.