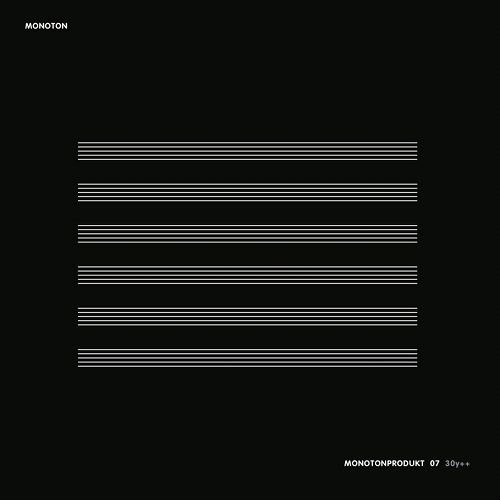 The second album from Konrad Becker’s dark electro-pop project is getting the reissue treatment.

Monoton isn’t strictly a musical venture per se: Becker conceived of it as a cross-media project investigating the psychological implications of sound manifestations. The Vienna resident sparked the project into life in 1979 and went on to release seminal records Blau (1980) and Monotonprodukt 07 (1982). In the 1990s, Becker subsequently co-founded the Institute For New Culture Technologies, and has continues to work across fields as an artist, researcher and producer.

Desire are set to give Monotonprodukt its first vinyl reissue. The record is regarded as a gold-plated classic of the era, a darker than dark exploration of the possibilities of loop-based synthesiser music. Caliginous to the core, the record’s sixteen tracks range from instrumental sketches through to Suicide-esque synth-pop. Initially released in a run of 500 copies only, it swiftly retreated into obscurity.

As per its original release, the record will arrive as a gatefold double 12″. The new version was mastered in Berlin’s esteemed Dubplates & Mastering facility, and will be limited to 300 copies only. It’s not the first time the record has been retrieved from the depths, having got CD reissues (in 2003 and 2010 respectively) on Montreal label Oral.