Coldplay cover ‘Fight for your Right’, as the New York Mets and more pay tribute to Adam ‘MCA’ Yauch 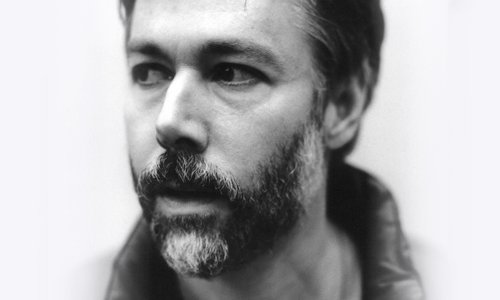 Last night at the Hollywood Bowl, Coldplay paid tribute to Adam Yauch with a moving cover of the Beastie Boys’ ‘Fight for your Right’.

One of the three founding members of the group, Yauch – better known as MCA – died yesterday following an almost three year battle with cancer. You can watch the video at the bottom of this post.

Tributes have come flooding in for Yauch since yesterday’s sad news: we’ve collected some of them here.

“Born in Brooklyn, New York, Yauch taught himself to play bass in high school, forming a band for his 17th birthday party that would later become known the world over as Beastie Boys.” – Beastie Boys official obituary

‘”I remember when I was at this restaurant and it was a bunch of us hanging out. Then I got a drink from this young lady. I didn’t know it at the time, but it was Drew Barrymore. So I’m sitting there trying to see this lady who sent me the drink, so when I went over there to see what’s up. I was like, ‘Thanks for the drink’ and she said, ‘I didn’t send you a drink, you sent me a drink,’ and I look over and see this guy laughing hysterically and it’s Adam. It’s moments like that that I will miss most.” – Fab 5 Freddy

“A man who could say he was sorry and not feel lessened by it; a man living within the principles of Buddhism and committed to broadening awareness of the political situation in Tibet; and a genuinely quiet person who had become more likely to make a joke at his own expense than anyone else’s. Yauch’s is one of the voices that can signify hip-hop within three syllables—rough, low, and strained. He got a lot done with that voice.” – Sasha Frere-Jones in The New Yorker

The New York Mets each walked on to a different Beasties song last night.

“as i do with most of these rants i type now and reflect later. I’m just going off the top of my head and seeing where it leads me. i just wanna thank the guys for an awesome 28 year run. it was an honor paying tribute to you guys two weeks ago and we are forever enlightened.” – The Roots’, ?uestlove in Okayplayer

“We once attempted to cover ‘Time to get ILL’ for a charity. It couldn’t be touched #beastieboys for life” – aTelecine’s Sasha Grey

“This experience is tough for all of us to accept, but we know that we have only lost Adam in the physical world.  His gifts will live forever.  Adam is not dead because we’re not.  The eyes behind the eyes will always exist…your soul will always live.  Even though our bodies rejuvenate every single cell every seven years, our consciousness will exist for eternity.   There is one living, breathing journey of consciousness and we are all connected.  God is the everlasting ocean of consciousness and we are just cups of this ocean.” – Russell Simmons

The Huffington Post invited their readers to submit their favourite MCA lyrics.

“Rip #MCA #beastieboys. If u never got a chance 2 witness the greatness from this hiphop group put that “license to Ill” album on replay” – Timbaland

“Relatively speaking, Adam Yauch came across as the grown-up of the trio. A vegan Buddhist, he was taller, had a deeper voice, and spoke most eloquently about political causes – he organised the first Tibetan Freedom Concert in 1996 and publicly disowned the crasser, more sexist lyrics the band recorded in their reckless youth.” – Dorian Lynskey in The Guardian

““Last night, I took a 14 hour flight to Sydney, Australia from LA, embarking on PE’s 80th tour in 25 years. I just landed to 65 texts with the news. Adam and the Boys put us on our first tour 25 years and 79 tours ago. They were essential to our beginning, middle and today. Adam especially was unbelievable in our support from then ’til now, even allowing me to induct them into the Rock and Roll Hall of Fame. I consider myself a strong man and my father says be prepared to lose many in your post-50 path of life. Still, I’m a bit teary-eyed leaving this plane. R.I.P. Adam aka MCA.” – Chuck D, again, on Global Grind

“There are two kinds of pop stars I admire: those that seem larger than life and completely out of reach– your Prince, Michael Jackson, Madonna types– and those that make you think, “Hey, this person is a lot like me.” Each has its place, but the latter offer a special kind of inspiration, because they bring stardom down to earth and fill life with new possibilities. You see what they are doing and start to think about what you could be doing. We lost one of these people today.” – Mark Richardson in Pitchfork

“Its a deep physical lost to hip hop today. MCA. Wow. Thanks for the music bro. “Thru our seeds we all reach eternity” lyrics are like seeds.” – Wu Tang Clan’s RZA

“We’ve lost one of our greats. A true gentleman with the strongest resolve, humor, and energy to spin the world on its axis…and that is exactly what he did. Let’s not forget he did it with panache and style and beats and in various costumes. Even while dressed as a Swiss mountain climber. Our thoughts and prayers go out to the Beasties and to Adam’s family and fans.” – REM’s Michael Stipe