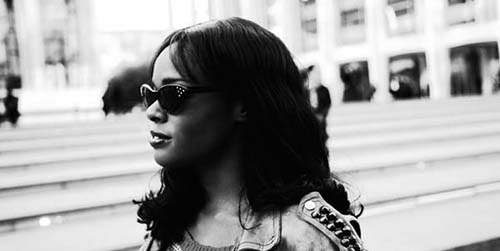 Tonight, she was mostly talking (Tweeting) about music, revealing that due to having “enough material to drop a mix tape before [her] album”, she’ll be releasing a Summer mixtape titled Fantastic, before the release of her debut album Broke with Expensive Taste in Autumn.

Banks also stated that the mixtape’s first single, ‘Jumanji’, will debut online this Friday, May 11. Oh, and ‘Liquorice’, her already leaked vocal of Lone’s ‘Pineapple Crush’ {audio below}, will have a video soon – it’s currently being re-shot with sleazy photographer extraordinaire Rankin.

Her 1991 EP is still slated for release before Fantastic, and despite several delays, should be out this month.