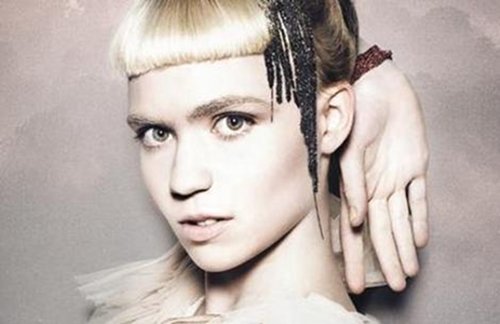 Grimes – soon to be seen doing the locomotion with Skrillex and Diplo – has unveiled a new clip for ‘Nightmusic’.

The stately Visions cut offered is one of Boucher’s frostier tracks. The video, directed by John Londono, sees the young Canadian contenting with the elements.

Boucher, sylph-like at the best of times, has never looked quite so much like a Final Fantasy character. There’s plenty of saturated footage of bodies writhing in soil, and more pagan overtones than a Hawkwind concert. It’s not up there with her brilliant ‘Obilivion’ clip , but there are some striking scenes amidst all the absurdity (and some ravishing landscape shots to boot).