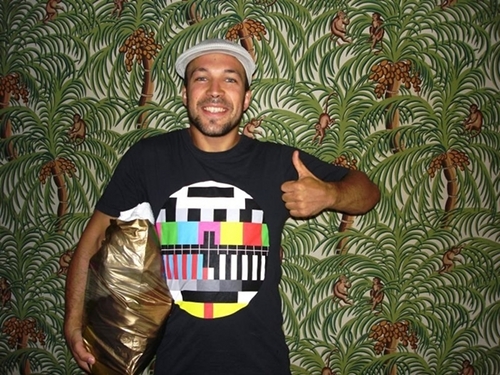 Where on earth did Mylo go?

His 2004 Destroy Rock & Roll LP – a jubilant set of super-poppy house music – was one of the biggest crossover dance records of the year. Since then, the Isle Of Skye producer has been practically mute: bar the occasional compilation or mp3 dispatch, we’ve heard precious litte new music from the man. His remix of M83’s ‘Reunion’ has now emerged online.

As Prefix note, the track first made an appearance in rough unmastered form on Annie Mac’s BBC Radio 1 show back in March. M83’s original is an exercise in widescreen, fist-pumping pomp. Mylo, by contrast, reimagines the track as a slice of glitzy disco. Mylo’s pop sensibilities and ear for melancholy are clearly still intact. Easy thrills, certainly, but by no means cheap.