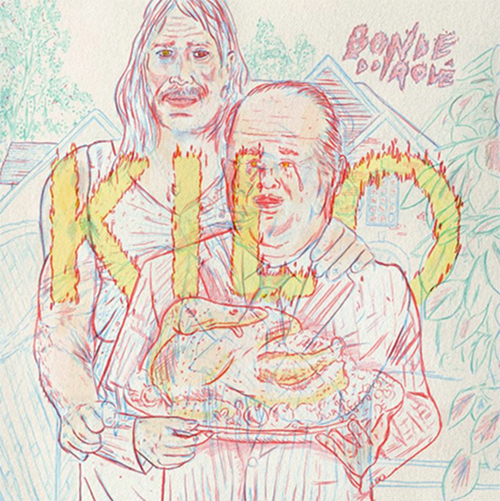 It’s been half a decade since loopy carioca combo Bonde do Role released their breakthrough With Lasers LP.

Their sound – exemplified by the once-ubiquitous ‘Gasolina’ – was a motorway pile-up of baile funk, electro-pop and rifferama rock music. In the intervening years, the group lost lead singer Marina Ribatski, and subsequently launched an MTV talent show to find a replacement. After something of a fallow period, the band are now returning with a follow-up, titled Tropical/Bacanal.

The record is set to see release on Mad Decent, under the watchful eye of longtime champion Diplo. Guests include cerebral rap combo Das Racist, Tropicalia mainstay Caetano Veloso and, oddly enough, UK chart bothers Rizzle Kicks. The Death Set and Cecile will also be along for the ride. You can watch a teaser for the album below.

Tropical/Bacanal is due on June 26.