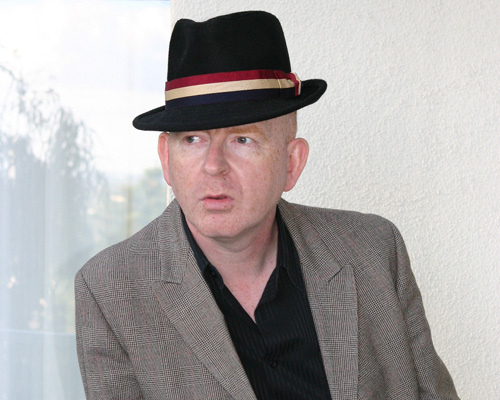 Creation Records founder and notorious firebrand Alan McGee has been out of the records game for some time.

Having shepherded the likes of Oasis and My Bloody Valentine to stardom, McGee retired from the business in 2007 following the closure of his Poptones label (note: it hasn’t stopped him upsetting everyone on a semi-regular basis). Music Week report that McGee might well be taking up a new post.

In his blog for The Huffington Post, McGee explained that Japanese music industry folk are attempting to lure him out of retirement. “I am going to meet some people in Japan who want to bring me back into music. If I’m honest, I am torn on this but at the same I feel it’s almost a public duty to cause chaos in the world of Simon Cowell and co. On the flip side, though I do love life in Wales doing my book/film/paintings but with the musical idea now looking likely, then I think why not go and take the meeting and sign up some big bands without deals and the new things out there that I love?”

McGee sounds quietly optimistic about the offer: “The upside also is whilst there in Japan, I will see Noel (Gallagher) play the Budokan and Primal Scream play to 40,000 people at a festival. Plus, they say I can sign who I want and they seem to have the cash so in my book it’s worth a little look at least.” Presumably there’ll be no bedwetters making McGee’s list.