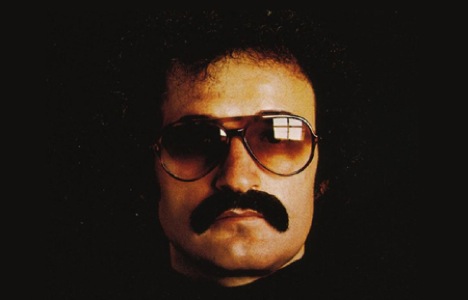 The 2012 edition of IMS – the International Music Summit – boasts a plethora of big names from the interlinked worlds of dance, pop and electronic music.

Giorgio Moroder – pictured above, back when he was sporting one of the most impressive moustaches known to man – will be talking about his pioneering work in the 1970s and 1980s, as well as his current and future projects. Other participating artists and industry figures who’ll be sharing their expertise include Chic’s Nile Rodgers, Black Eyed Peas’ WILL.I.AM, Paul Oakenfold, Locodice, Professor Green, Diplo, Luciano, Carl Cox and Danny Tenaglia (via video link-up).

WILL.I.AM will be explaining his recent embrace of dance music, which has brought him considerable commercial success. “Hip-hop culture doesn’t feel alive like dance culture feels,” he said recently. “And this dance culture actually feels more like hip-hop than what they’re saying hip-hop is. This dance culture actually is the sprit of what hip-hop is — it just has a different title. But because hip-hop went in this other direction of gun-toting and drug-slinging, all the other stuff – entertainment, fun, the concept of music and hearing beats and inspirations and fusion and collaboration – they forgot that this is hip-hop. So I was like, hip-hop is dead. Fuck this shit, I’m going here.”

The summit takes place on May 23-25 at the 5-star Ibiza Gran Hotel, with all manner of surrounding events and parties, culminating in the Gran Finale Festival at Dalt Vila. For more information and tickets, visit internationalmusicsummit.com.