Pharrell Williams launches new label i am OTHER 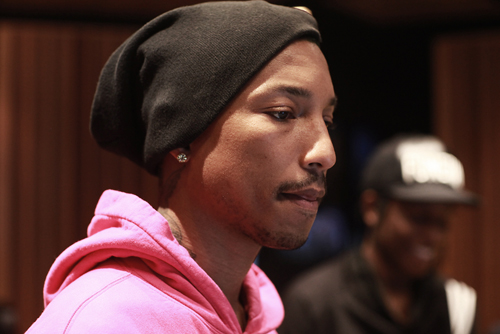 Has Pharrell Williams been going hard on the Hegel?

The chief Neptune has announced a new imprint, the profoundly titled i am OTHER. Because running a label isn’t enough these days, Pharrell describes i am OTHER as a “content-driven property” interested in scouting out new music, film and art talent. Pharrell will use the project to recommend products and experiences for fans to buy online. Not quite Hospital Productions, then.

The purpose of the label is reportedly to scoop up fledgling stars operating outside the mainstream. In Pharrel’s words: “The Others are multifaceted, pro-active people who live outside the box and aren’t confined by categories”. Or, in plain English, inoffensive teen-pop acts: early signings include YouTube popstrel Maxine Ashley and guitar-toting child Cris Cab.

A ludicrously overblown promo video for the label is below. If Channel U hired J.J. Abrams, the results might look something like this.