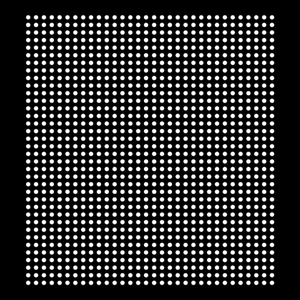 Here’s a question: when was Squarepusher last actually good? Given his reputation for taking bass guitar fetishism to almost absurd extremes, his music has always been an uneasy combination of production complexity and instrumental virtuosity. Over a dozen or so albums, Tom Jenkinson has oscillated erratically between these twin poles of a single enormous musicianly ego, any one combination always seemingly a compromise. Still, those original late ’90s recordings, wherever on the spectrum they fell – cheeky slap-bass digi-fusion, frenetic jungle choppage, warped hip-hop or DIY musique concrete – always had a certain something to them: a madcap quality, cheap, provisional but still potent, as if the ideas (and there were many) were straining to break free of the tight constraints of a primitive home studio.

In the intervening years, Jenkinson’s tacking to and fro has become more wild – 2004’s Ultravisitor was a lumpen mix of painstakingly programmed breakbeats, improvisatory bass and abstract electronic noise: what fans would call a ‘magnum opus’, but outsiders might be tempted to describe as a mess. A few albums later, in 2009, we had Solo Electric Bass 1, a compilation of performances featuring (you guessed it) just Tom and his axe – a project that seemed more keen on legitimising countless hours of practice than making a statement of any real necessity; then, in 2010, back the other way for Squarepusher presents Shobaleader One – d’Demonstrator, a foray into Ed Banger-esque electro-pop whose attempts to tap into that less-is-more pop-factor often wound up feeling plodding and sexless.

These records (and all the others) had their merits of course – at the very least it’s gratifying to see such an entrenched artist still taking so many risks. But, for the last few years, it feels like we’ve been on an extended detour from Squarepusher “proper” – going all round the houses with the implied promise of some final destination. Is Ufabulum that destination? The album, as Jenkinson explained to FACT, was made entirely inside the box – it features no live instrumentation at all. It also focusses heavily on the tempo range and sonic tropes of drum’n’bass and jungle – in other words, the battlegrounds on which Jenkinson made his name. Has Squarepusher come home?

Well, maybe, yes. Ufabulum is certainly more consistent, more fully realised and more effective than much of Jenkinson’s recent output. But effective to what end? Take opener ‘4001’. It may begin with one of those familiar, expertly edit-riddled breakbeats, but before long we’re in stadium territory with an anthemic synth riff worthy of a breakdown from a Trance Nation comp. It’s a pattern that’s repeated throughout much of the first half of the album. I’d like to think I can appreciate a bit of wanton crassness – and, of course, cheese has always been an essential element of Jenkinson’s sound (‘Unreal Square’’s facetious 8-bit melodics seem at first to point half-arsedly towards old-style Squarepusher humour, before being supplanted by another exceptionally grotesque chord progression) – but it feels like what was once a juvenile snigger is now a huge, theatrical, once-more-for-the-cameras guffaw. That said, this album can be even worse when it’s trying to be earnest: the aimless, interminable melody of ‘Stadium Ice’ ploughs onwards with ever-diminishing returns, and the fact that every available crevice seems to be stuffed with pedantic digital flourishes does little to redeem things.

OK, the album’s second half – in which Jenkinson dumps the melodies in favour of a beefed up revision of ’97 techstep – is better. In fact, the unremitting darkness on display in the likes of ‘The Metallurgist’ and ‘303 Scopem Hard’ feels like a puzzling change of heart after all the sweetness and light. These tracks are tightly compressed, claustrophobic, aggressive; exhaustingly complex but still retaining an element of propulsion. Still, though, it’s difficult to shake the sense of bloatedness that the whole endeavour gives off. Nothing here could be described as “stripped-back” or “lean” – even the simplest ideas have to be festooned with clever-clever details. Is it that Jenkinson lacks confidence in the basic building blocks of his ideas? Or perhaps he’s so far down the rabbit hole of complexity that he’s lost sight of normality altogether? These suspicions are hardly put to bed by the predominance of an eardum-scraping digital sheen: this is Squarepusher with the best equipment money can buy, pumping his tracks mercilessly until they’re all surface and no substance. Back when he started, it’s easy to imagine Jenkinson yearning for better gear to realise his increasingly quixotic ideas. Now the genie’s out of the bottle, though, the results are far from pretty.