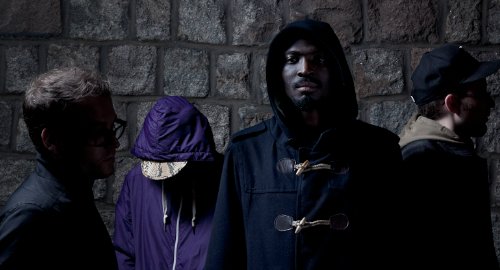 The London trio [pictured above with Idehen] have lurked in the shadows of UK dance music for several years, quietly releasing labels like on Hyperdub and 2nd Drop, but Routes – released on Martin ‘Blackdown’ Clark’s Keysound label – brought their profile to life. An album that swung between Summer-in-the-city highs and dusky lows, it was perhaps the London album of 2011, narrated by the unforgettable Idehen. You can read a comprehensive FACT interview with LV here.

LV are quite open about the influence that South African house has on their music, and their second album Sebenza, recorded without Idehen, promises to be more of an SA-tinged affair than Routes [via Blackdown]. In preparation for it, LV’s Gervase ‘Okzharp’ Gordon has delivered a mix of South African music for Blackdown’s blog, which can be downloaded here.