Isaac Hayes: “I did real good.”

From the archive: an audience with the soul legend, who died in 2008.

Where do you start with a man like Isaac Hayes?

In his 65 years on the planet, the Memphis-born legend has covered (almost) every conceivable base. He’s owned a solid cold Cadillac, won multiple Grammy’s, produced 12 kids, been crowned a king (that’s right, a KING), authored a best-selling cookery book, written multi-million selling albums, sold-out worldwide tours, played cameos in feature films and guest starred in Miami Vice and The A-Team. But despite all this, there are many that will know Isaac Hayes for one small request: asking us to suck on his chocolate salty balls. That’s right, put ‘em in your mouth and, um, suck ‘em. Well, well, well, there’s a lot more Mr Hayes than satirical Christmas songs….. 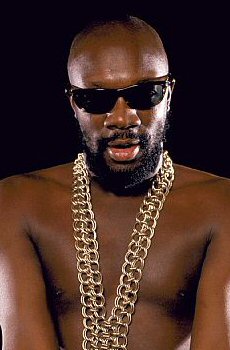 Hayes will be remembered (by the non-South Park fanatics) as the man behind one of the greatest soundtracks ever recorded. Richard Roundtree’s portrayal of a black detective in 1971’s Shaft was accompanied by Hayes’ score, winning a Grammy, Academy Award, BAFTA and Golden Globe. Two years before sweeping the board with Shaftas, his pinnacle LP, Hot Buttered Soul was released to mainstream success. The LP saw Hayes break from the usual trend; just four tracks long, the songs ran in at 8, 10 and 12 minutes long. Lynard Skynard eat your heart out. The tongue twisting album track ‘Hyperbolicsyllabicsesquidalimystic’ was later sampled by Public Enemy in ‘Black Steel In The Hour Of Chaos’.

The sampling of Hayes’ tracks has become a regular occurrence, evidence of the respect Hayes has earned amongst the hip-hop crowd. Dr. Dre, Snoop Dogg, Notorius BIG and many, many more, have all used his material to enhance their own work, proof that his music is just as relevant today as it was in the early-‘70s. Making him even hipper, Quentin Tarantino used Hayes tracks on both Kill Bill volumes.

But, despite his catalogue of achievements in music, it would be his career on the small screen that would reignite his career. In 1997, South Park writers Trey Park and Matt Stone made the ingenious decision to use Hayes as the voice for the school chef. His culinary delights were often sidelined for his antidotes on life and love; Chef became the kids of South Park’s unofficial sex education teacher, performed brilliantly by Hayes’ deep soothing delivery. The character was a success and in 1999, ‘Chocolate Salty Balls’ hit number one in the UK. The South Park/Hayes relationship came to a sticky end in 2006 when South Park, being South Park, decided to rip into the celebrity cult of Scientology. Hayes, a fully fledge member of the cult, handed in his notice.

Now, with commitments to television behind him, Hayes is back in the UK, performing and writing new music. The last time Hayes graced a UK stage was four years ago, so be sure to catch him when he tours in August, kicking off at Sheperds Bush Empire and concluding at the Big Chill Festival on August 5. FACT caught up with the multi-talented chef-come-actor-come-multi-million musician to track the progress of his new LP and find out what’s so special about ‘banana and syrup dessert’, Hayes-style… 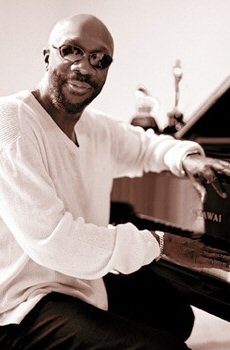 What have you been up to of late?

“We’ve been doing dates, and lots of ‘em. I’m excited about our upcoming Hollywood Bowl gig…”

“I live in Memphis…I get up …I got a studio at home, I got a wife…and a 14-month-old son. He’s called Kojo, which means ‘Monday born’…he’s my 12th child…I got grandkids…Heather, my daughter, sings, used to sing with James Brown. My son Icke had a record out first part of the year, my other son is writing songs…Lily my youngest daughter gonna turn out good.”

You’ve been sampled numerous times, by artists like Dre, Snoop, Notorious B.I.G. – do you like any of them?

“Some of them, some I don’t like…but hip-hop is hip-hop. I’m an old-school guy, but it’s kind of coming around. Soul music is coming around again, I think it is.”

Do you have a favourite Isaac Hayes record?


“At this time of my life I like cooking. I’ve done it all, now I like to cook.”

Are you working on any new music?

Do you get bored of one thing easily?

“Yeah, I do quite a few things…if I didn’t do so many I would be bored.”

You’re a singer, radio DJ, king, actor and chef…what do you most enjoy doing?

“At this time of my life I like cooking. I’ve done it all, now I like to cook.”

I’ve got to cook my girlfriend a romantic dish for her birthday but am useless in the kitchen…what do you recommend?

“Let me see…make some barbeque. For desert, take a banana , put some syrup on it – no chocolate – and heat it up good.”


“I thought it was a joke to be honest…then they gave me an island.”

What does it feel like to be a king? Do you have a royal palace?

“No…I built a school over there. When they first asked me, I was surprised, I thought it was a joke to be honest. Then they gave me an island…there’s a lot of islands in that area, I picked mine out. There’s no royal palace though.”

Do you miss it?

“No, those are bygone days…was it easy to drive? Hell, yeah.”