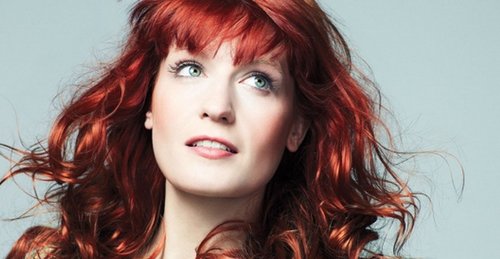 Florence + The Machine have been added as a headliner to Bestival’s sizable 2012 bill.

The Isle of Wight festival, one of the UK’s biggest, already sported a line-up that included Sigur Ros, Stevie Wonder, Four Tet and Caribou, the xx, New Order and more. Florence and co have now been added to the festival’s Friday night, playing a headline slot after the xx.

In festival chief Rob da Bank’s words, “The first time I met Flo she was whirling around like a spinning top to a Paul Simon track at a party I was DJing at. I hadn’t even heard her open her mouth but she had this alluring vibe already. Once I heard her scratchy demo I was sold and when she did her first radio session for me at Radio 1 I couldn’t believe this flame-haired eccentric young lady had such a stunning voice. Her shows for us at Bestival and Camp Bestival over the last few years have always been highlights for many and I’m glad we can finally seal the deal with a headline show on the Friday of Bestival and with The xx on before her this promises to go down in the Best of Bestival yearbook!”

Swedish group Miike Snow have also been added to the festival line-up. Bestival have also emailed out a new Florence + The Machine video, which finds the group covering Talking Heads’ ‘Wild Wild Life’ in animal costumes (“wildlife” is this year’s fancy dress theme for the festival). That’s embedded below.