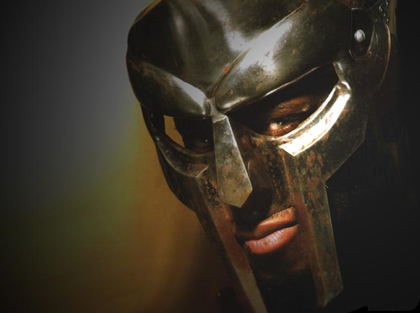 This shouldn’t come as a surprise really, should it?

Enigmatic rapper DOOM (formally MF Doom) has made a career out of delaying releases: the follow-up to Madlib and his classic Madvillainy is still yet to emerge despite countless speculation, and who knows what’s going on with that collaborative album with Wu Tang’s Ghostface. DOOM’s latest project, a collaboration with Brooklyn mainstay Jneiro Jarel under the name JJ DOOM, has an album titled Keys to the Kuffs due out on Lex this year. Clash are now reporting that the record’s been marked down as “delayed” – though given the fact that to our knowledge Lex never released a specific date for it, we can only assume the label saw it coming.

Still, there’s also some good news. Jarel revealed yesterday that JJ DOOM have been collaborating with Portishead vocalist Beth Gibbons and Blur’s Damon Albarn. Hardly a shocking turn of events, given the fact that you could see all three parties being into the others’ work, but still pretty heavyweight. Stream ‘Banished’, an already-leaked JJ DOOM track, below.