Justin Martin: beauty and the bass

The Dirtybird man on the making of his new album and getting the thumbs-up from Goldie. 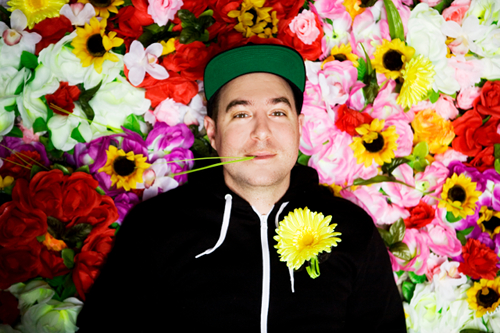 The San Fran-based producer first broke through almost a decade ago with ‘The Sad Piano’ – a single released on Ben Watt’s Buzzin’ Fly to much acclaim in 2003. The last nine years have seen him put forth a steady stream of releases, not just on Buzzin’ Fly but also Utensil Recordings and most Dirtybird (run by his friend and mentor Claude VonStroke), and tear up innumerable parties with his DJ sets, all of which have added to his estimable reputation – but it’s taken til now for him to settle down to record a full-length artist LP. Ghettos & Gardens arrives via Dirtybird on May 22; FACT spoke to Martin last week to find out exactly what we can expect.


“It took me a while to settle into my sound…and to settle down in general.”

OK, the question you’ve been asked a hundred times already no doubt – what took you so long? And why did now feel like the right time to do an album?

“It took me a while to settle into my sound…and to settle down in general. For the early part of my career I didn’t have the most disciplined work ethic, and I was a lot more focused on taking it one track at a time and just making stuff for the dancefloor. In 2010 I had the most productive and rewarding year of my career, and that was when it really clicked that the sky is the limit. I saw the success of Claude VonStroke after two amazing albums, and I started to realise that the harder I worked, the more fun I had as a result. That alone gave me the inspiration to buckle down and reach this elusive goal of mine. I also feel like in 2010 I really found my sound… and that’s when I decided to make it happen!”

How did you approach the making of the record?

“I really set out to make an album that you could listen to from beginning to end…I wanted to throw all of my musical inspirations into a pot, and have them make beautiful babies, and I wanted to make music you could listen to in the headphones, but also that works in the club. A lot of the album was produced from my studio in Maui, which to me is not only a sanctuary, but also the place I find most inspirational in the world. I took a few months off throughout 2011 to hide away there and write music. It’s in the house that my parents built after a lifetime of working hard to achieve their goals…and the studio just happens to look out onto my parents’ garden. I find writing music there to be the most enjoyable experience ever – I would wake up every morning to the sounds of birds chirping, and just write music with zero distractions. ”


“I started to realise that the harder I worked, the more fun I had.”

Did you have a firm sense of what you wanted to create before you began writing?

“It was half and half to be honest. I never really know what I’m going to get when I start writing a piece of music. I usually have an idea or a concept, and then I just let it unfold naturally. The overall vibe I wanted to create with the album was a healthy balance of grit and grace. Beauty matched with devastating bass…” 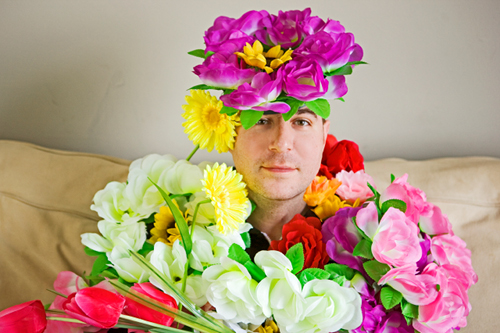 Is that why you chose to call the album Ghettos & Gardens?

“I love making music that has split personalities. My sound has always been described as ‘tough but tender’, so the title is a direct reflection of that.”

We’re particularly interested in the reimagining of Goldie’s ‘Kemistry’. What made you take on that track?

“Goldie’s album Timeless is one of the first albums that really turned me onto electronic music, and my favorite track from that album has always been ‘Kemistry’. I’ve been majorly influenced by drum and bass and the Metalheadz sound from the very beginning. All of the early drum and bass I listened to had a way of hypnotising you with blissful melodies, only to bash you over the head with the nastiest bass you have ever heard…and this is a style I’ve always tried to achieve with my music. So I thought it would be really cool to do a house remake of one of the first songs I fell in love with. It’s such an honour to get the thumbs-up from one of my musical heroes and be able to use the track on the album. ”


“It’s such an honour to get the thumbs-up from Goldie.”

Were there any particular albums by other people that influenced the way you thought about the making of your own?

“I really like albums you can listen to from the beginning to the end… The SBTRKT album, The xx ablum, James Blake…and I could list a ton of music that I was listening to during the making of this album…but to be honest I really was just trying to do my own thing on the project and not try and sound like anyone else out there. ”

Having completed this album, are you now thinking you’d like to get back into the studio and make another one really soon, or do you feel you’ve “got it off your chest” for the time being?

“Oh, there is no way I’ve got it off of my chest…I’m definitely going to do another one…and maybe another one after that…music is my life! This has been one of the most exciting and gratifying times of my life, and I’m finding myself more inspired than ever.”