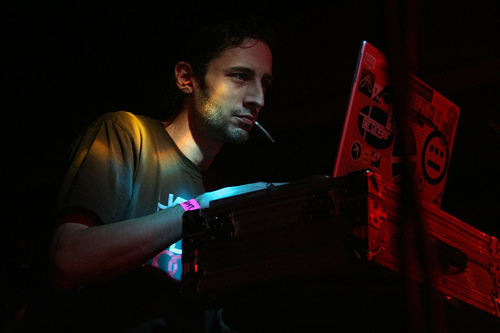 Soundcrash have pulled together a veritable all-star cast of classic artists who made their name in the Nineties.

A secret East London location will play host to the mega-bash on Saturday June 2. Luke Vibert, the man of many aliases, will be appearing under his birth moniker. The Cornishman has turned out d’n’b as Plug on Blue Planet, and curious pan-generic experiments under the Wagon Christ mask; he’s also produced fascinating work under his own name for Mo’Wax. Vibert’s idiosyncratic jumble of acid, techno and hip-hop sounds should offer one of the night’s more memorable sets.

808 State will also be making a rare live soundsystem appearance. The combo have been prodding at the peripheries of dance music since their inception in 1987, and the likes of Newbuild and ‘Pacific State’ continue to get regular spins. Expect their set to plough classic techno and house pastures. The third act in the triumvirate is Ceephax Acid Crew, who’ll be bring hint his screwy, antic approximation of acid house. He’s a formidable presence live, by turns scabrous and fun. Rival Consoles, The Manacles Of Acid, AGT Rave Cru and Acid On Sea DJs will also be appearing.

Tickets and further information are available from the Soundcrash website.