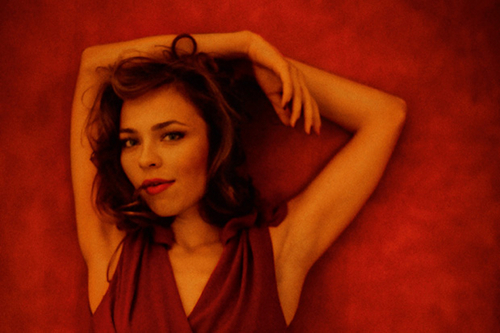 Her singular constructions (seen on the likes of Underground Quality and Naif) aren’t short on melody, but there’s also an enchanting degree of restraint at work. XLR8R report that a 12″ single, ‘Aus Feat King Aus On The Mic’, is forthcoming on Radio Slave’s Rekids label. The release follows on from Kraviz’s self-titled debut LP for the label, from which the track was plucked.

‘Aus Feat King Aus On The Mic’ was an eerie surrealist jam, and an excellent showcase for Kraviz’s beguiling talents. The 12″ features three remixes. Dean Meredith’s The Rhythm Odyssey turn in a squirming acid tribute, whereas Radio Slave restricts himself to tinkering around the edges of Kraviz’s original. The DJ Qu take, meanwhile, is the sparsest of the lot, a shimmering retake full of empty space. All are available to stream below.