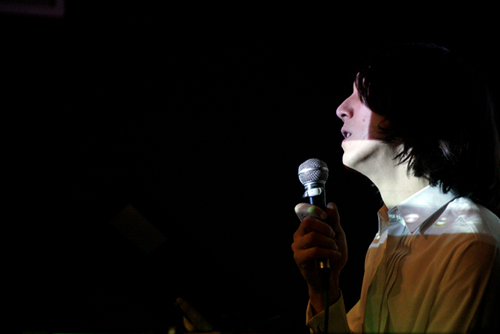 One of today’s shadowier tracks arrives courtesy of Vindicatrix.

Vindicatrix grabbed the attention with 2009’s Die Alten Bösen Lieder on Mordant Music, a doomy set of ramshackle avant-pop featuring the producer’s strange baritone croon. He’s since appeared on a split live album with Ekoplekz, and released another EP on Baron Mordant’s oddball imprint. He’s now turned his penetrating gaze onto a track from Exotic Pylon outfit Maria & The Mirrors.

Maria and co. are an abrasive industrial combo; we’ve featured their ‘Gemini Enjoy My Life’ single in these parts before. Mixmag now have a full stream of the Vindicatrix remix, and it’s some way removed from the scabrous original. Vindicatrix’s take is chthonic to the core – voices groan, air rushes and curdles, and the beat moves along at an aching crawl. The single is out now.