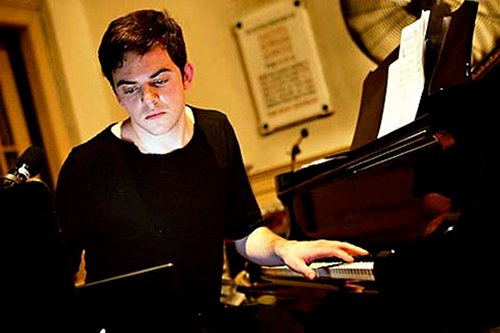 Bedroom Community have, quietly and modestly, managed to assemble a wonderfully inventive ensemble of artists.

Julliard graduate and exploratory composer Nico Muhly might well be their most widely celebrated signing. His 2008 Mothertongue LP contorted human speech into strange and inspiring new shapes; 2010’s I Drink The Air Before Me (on Decca) was a more exploratory and carefully detailed set. Muhly has also put in time working with Philip Glass, and arranging for Will Oldham and Grizzly Bear.

Muhly has just worked up a new EP, the helpfully monikered Drones & Piano. The Quietus have pointed us towards a stream of the new series. he EP is a lilting, sometimes arch set of modern classical composition – by no means intimidating to neophytes, and encoded with delightful little motifs. Bruce Brubaker and Nadia Sirota are on performance duty. The recording is the first in a trilogy of drone based works – it should be interesting to see what Muhly cooks up next.