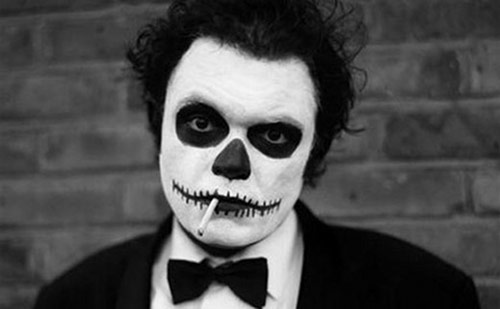 FOUND have already orchestrated a fair few eyebrow-raising line-ups so far this year.

The next instalment in their series at Vauxhall’s Hidden arrives in collaboration with Audio Doughnuts, Civil Music and Tempo Clash. Top of the bill for the June bash is the live AV debut from rambunctious electro musician Drums Of Death. Colin Bailey’s work is flamboyant, frenetic and zooms straight for the gut. He’ll be joined by UAE resident and techno tinkerer Darling Farah, who’ll be launching his debut album on the night. The impetuous Starkey will also be stopping by with a lurid and loud set of madcap bass-heavy music.

Parisian débruit will be booting up his synths for a live appearance, and alt. rapper Jehst will deliver a DJ set. Funkystepz will be keeping things syncopated, and Tempo Clash residents Om Unit and Blue Daisy will both offer dreamier thrills. Further acts on the bill are Michachu, XLII, TOYC, Brassica, Krampfhaft, Eliphino, Jon Phonics, Offshore, Kidkanevil and ‘Battlestar’ talent Shox. Special guests are promised.

The night runs from 10.00pm until 6.00am on June 22. Further information is available from the event Facebook page.