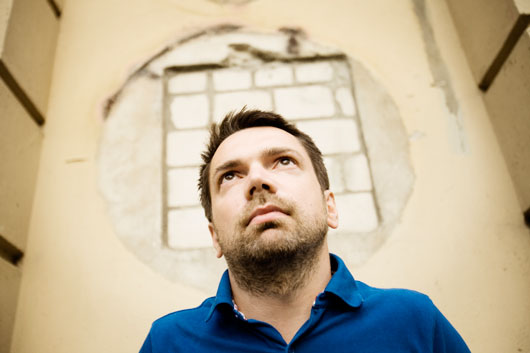 2008’s Shedding The Past reordered mothballed breakbeats into curious new shapes. The best tracks on 2010’s superlative The Traveller – ‘The Bot’/’Keep Time’ – proceeded under the terms of their own obscure internal logic. It’s perhaps fitting, then, that the Berlin producer has elected to catch us off guard with an unannounced 12″.

XLR8R report that the disc features two new tracks under two different aliases. A side ‘Do It Yourself’ arrives under the WK7 handle, normally reserved for Pawlowitz’s dabblings in hardcore and classic Techno. Flip ‘Rave’, meanwhile, is credited to Head High. The 12″ is a vinyl-only release, and emerges on the Power House label. Note: Pawlowitz also recently remixed Joy O’s ‘Ellipsis’ on Hinge Finger under the Head High alias.

As previously reported, a new Shed album is on the way in June on 50Weapons, titled The Killer. The record will be Pawlowitz’s third full-length under his best known alias, and follows on from his recent EP as The Traveller for Ostgut Ton.