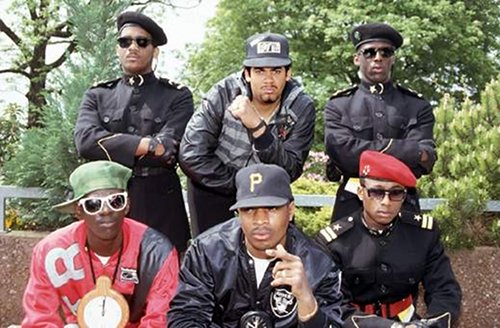 The New York ensemble’s influence on hip-hop is pretty inestimable. Their 1987-1990 purple patch, encompassing Yo! Bum Rush the Show, It Takes A Nation Of Millions To Hold Us Back and Fear Of A Black Planet, produced three of rap’s greatest full-lengths. Chuck D’s firebrand lyricism, augmented by The Bomb Squad’s speaker-maxing productions, demonstrated hip-hop’s capacity for spirited socio-political critique (a promise that, unfortunately, nobody has really made good on since).

According to Pitchfork, the band will celebrate their silver anniversary with two new records. Chuck D claims that a new record, titled Most Of My Heroes Still Don’t Appear On No Stamp, will arrive in summer. A follow-up, The Evil Empire Of Everything, will subsequently appear in autumn.

Both records will be funded by money raised from fundraising campaigns. Guests across the two records will include fellow troublemakers Henry Rollins and Tom Morello, plus DMC and Brother Ali. In Chuck’s words: “One [deals] with the whole movement of people…and the other deals with the situation of everything coming at you at once, like a blizzard”. Shock and awe, it appears, is the order of the day: “The statement with these albums … [is] in the audacity of the release…just like, ‘What the hell?'”