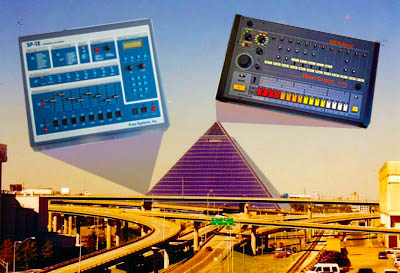 Just when you thought you had Legowelt pegged, he comes through with a mix of early ’90s Memphis hip-hop.

Obviously it’s no shock that Legowelt’s well-versed on the early ’90s South – we presume that the Dutch synthesiser genius is basically well-versed on everything at this point – but still, what a nice surprise for a Monday morning. As is always the case with Legowelt, his own descriptions are better than anything FACT could conjure up, so we’ll pass you over. Welcome to the Hague.

“Summer is coming so I made a little mix with my favorite 90s Memphis rap trax – one of the greatest music genres in history especially during its golden days circa 1993-1994 – Think over the top OMINOUS John Carpenter basslines, more tape smudge  and obscurity then all minimal wave records in history, enchanting inspiring melodies and pure unadulterated poetry. More then 50 minutes of the most obscure best Memphis Rap songs all mixed to perfection to play LOUD in your car -> cruising in your neighborhood while u laugh and smirf at all the pedestrian jock bro mediocrity moving past you”. Say no more.

You can download the mix here, or stream it over at Legowelt HQ.