Andre 3000’s Hendrix biopic is being made after all

After all the behind the scenes chicanery, it appears that filming on the Andre 3000-starring Jimi Hendrix biopic is now underway.

The Outkast rapper was first linked with Hendrix movie All Is By My Side at the start of this month. The film, which follows Hendrix’s stay in the UK in 1966-7 and the recording sessions for Are You Experienced, was set to begin shooting in Ireland around now. Subsequent reports, however, suggested that the project had got stuck in crosstown traffic, with a disgruntled Hendrix family estate apparently nixing the production.

Despite the legal wranglings, it appears that shooting on All Is By My Side is now underway. As Hypetrak note, images of Andre 3000 on set have surface online. You can see a shot of a fully Hendrix’d Three Stacks below: it’s a good, if not quite uncanny, resemblance. 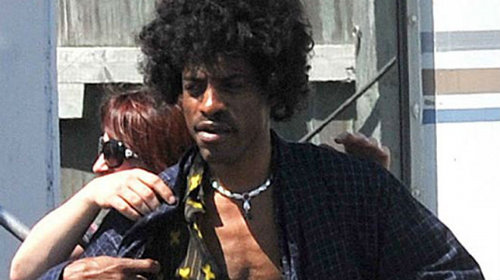