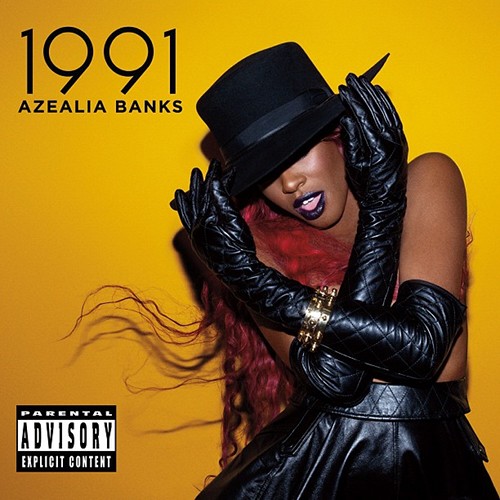 The Harlem hype-rider’s first official release contains some familiar material: her calling card ‘212’ is the centrepiece, and the Lone-produced ‘Liquorice’ also crops up. It’s the new tracks, then, that offer an insight into whether Banks has it in her to be an enduring artist (particularly in the wake of those fun but gimmicky Coachella performances). Pleasingly, ‘1991’ and ‘Van Vogue’ – both produced by Machinedrum – suggest that Banks has the talent to reward the faith.

Over one of Travis Stewart’s typically skittering productions, Banks transforms herself into a human loop machine, endlessly iterating the same rhythmic phrase for the first verse. As the instrumental surges and gathers momentum, Banks ploughs relentlessly onwards; the effect is extremely dynamic. Sure, the chorus is somewhat perfunctory, but the track is ultimately a triumph of good taste from an artist that occasionally leaves a bad taste in the mouth.