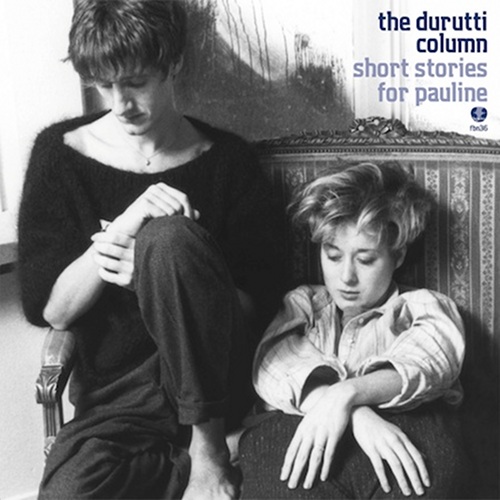 Even the most fervent Durutti Column completist has a Short Stories For Pauline-sized space on their record shelves.

Vini Reilly’s adventurous post-punk unit have one of the long and knottiest discographies around, but their “lost fourth album” is probably their most mythologized recording. Short Stories For Pauline was originally recorded back in 1983 for Factory Benelux, Factory Records’ Belgian sister label. The album was mothballed after Factory boss Tony Wilson (also serving as the band’s manager at the time) insisted that Reilly produce a full instrumental album in the vein of stately album track ‘Duet’ instead. Reilly obliged, writing 1984’s Without Mercy and letting Short Stories For Pauline slide out of view.

The new release will be the first time that the album has been released in its original form (note: certain tracks have previously cropped up on the occasional compilation, most notably Crépuscule’s Hommage a Marguerite Duras collection). The remastered vinyl edition will arrive with the original FBN 36 catalogue number, and will be strictly limited to 500 copies. The record will also come bundled with a digital download, not to mention fresh artwork from Crépuscule designer Benoit Henneber.

Since their 1980 debut, the Durutti Column have released thirty-odd LPs, tilting from neo-classical composition through to intricate, plaintive indie rock. Despite Reilly recently suffering a stroke, the band continue to record new material: their last release was 2011’s Chronicle LP. Short Stories For Pauline is due on June 18.