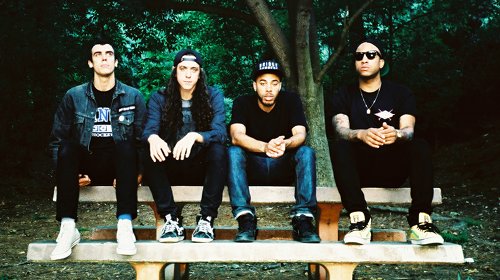 Trash Talk have been releasing albums since 2007’s Walking Disease, but much of their following has been on the strength of their sweat-soaked live shows. A statement from the label’s Lionel ‘L-Boy’ Boyce reads thus:

So them muthafu***** ova at Odd Future records done signed a fu***** group of crackas and ni**** in a hardcore punk band called Trash Talk. I mean it makes sense since Odd Future fans is them white ni**** anyway. Trash Talk is supposed to be releasing they album called “119” or some sh** thru they Trash Talk Collective Label in the fall.. don’t ask me what the f*** that means cuz I don’t fu*****  kno. I asked Tyler’s trick ass what he thought about that sh** and I really didn’t give a f*** so I’m not gone put that sh** on here. Them Trash Talk ni**** is currently over in Europe with them musty muthaf******.

In short, they’ll be releasing an album probably titled 119 in Autumn. Odd Future’s label was formed in April of last year, and is run through Sony/RED Distribution. Its first release arrived this year in the form of The Internet’s excellent debut album.