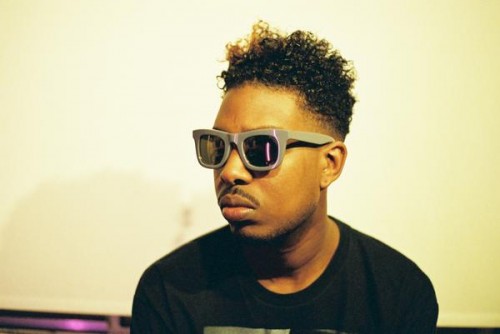 A round-up of some of FACT’s favourite dance records out this coming month:

‘Rift’, the first Pariah solo release since 2010’s sublime Prism has hit record stores. ‘Signal Loss’ has been available to hear online for some time, while ‘Rift’ and ‘Among those Metal Trees’ sound every bit as twisted and subtly metallic as that cut. As welcome as Pariah and Blawan’s investigations into torn-up techno as Karenn were last year, the former’s got such a natural, hooky sense of pop timing to his work that it’s even more welcome to hear some new solo material.

Eglo Records’ Funkineven [above] has found a real audience since last year’s ‘Roland Jam’, shifting from an underrated talent to one of the UK’s most hyped producers. He’ll release a new single, a collaboration with Swedish vocalist Fatima tilted ‘Phoneline’, through Eglo in mid-June.

Don’t Be Afraid, the London-based label that brought you Mr. Beatnick’s acclaimed recent EPs and the barmy Spargel Trax, have started a new 10″ series called Don’t Be Afraid Dubs. The concept is thus: on the A-side of each single, a house dub from a UK-based producer. On the B, a techno remix from someone based in the US. The first release comes from Claws For? (formally Clause Four), with a remix from Miami electro maven Gosub. That’s due out on June 25. 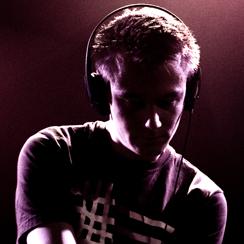 The latest contribution to Clone Records’ Basement Series – following records from the likes of Untold and Blawan – is a return to the label from Dutch stoic A Made Up Sound, a.k.a. 2562 [right]. A Made Up Sound’s first transmission for the series was ‘Archive’, way back in 2009, so it’s an overdue move and typically he’s delivered, with the almost obnoxiously light-footed ‘Hang Up’ balanced by the whom pier ‘Sweetback’. He just doesn’t do bad records, if you ask us. Again, expected mid-June.

Stern-faced Detroit sage Mike Huckaby will release his first record for the beyond-seminal Tresor label this month, with ‘The Tresor Track’. Originally included on his mix for the label’s 20th anniversary celebrations last year, it’s now been pressed on wax and comes packaged with two B-sides, ‘Basement Trax’ and ‘The Upstairs Lounge’.

Dubstep survivors Kryptic Minds have a new single due on Pinch’s Tectonic label, ‘Askum’ backed with ‘When Two Paths Cross’. Although Tectonic’s widened its scope in recent years, with releases by Addison Groove, Distal and Pursuit Grooves bearing little resemblance to the dubstep the label and its boss made their name on, they’ve retained a penchant for well-made, sub-heavy “traditional” dubstep if you will, and Kryptic Minds are two of the genres’ most reliable soldiers.

Excellent recent releases from Helix, Bookworm, Ricardo Villalobos and more were covered in May’s tracks of the month, while June releases from Bandshell, Kuedo, Mosca, Blawan and former Sandwell District man Function have already been singled out for news pieces. As ever, expect some of these release dates to change.