20 best: Hardcore records ever made

I’m from Blackburn, where we had a healthy rave culture, with the ‘Summer of Love’ parties and ‘Hardcore Uproar’, which actually took place a few years before hardcore itself emerged.

For some reason, the North continued to play more techno-y stuff, rave music that had been heavily influenced by the hard Belgian sound springing from labels like R&S. I first heard hardcore when I came down South though. It was a very strange London sound, which was breakbeat-led, and very psychedelic. It was the music you heard at clubs like Labrinth, and Lazerdrome in Peckham.


Young kids fed everything they heard, felt and imagined into the sampler.

It was mad. It was music made purely for dancing, and it was all over the place, hysterical, very hyper, and kind of crazy. It was the first time that the democracy of the Akai sampler ruled, when young kids fed everything they heard, felt and imagined into the sampler – and out would come the result. You’d hear Jam & Lewis, electro things and pop samples by the likes of A-ha – sometimes they’d be used blatantly and other times their use was more subtle. Hardcore was really a collage-like music – it’s funny to think now that you’d get off on a tune that would sample the theme from Eastenders.

Those who were heavily into hardcore were fanatical; it was an all-encompassing grassroots culture, and the music reflected the lifestyle – work all week, rave all weekend. I mainly heard the music via mixtapes from the likes of Fantazia, and our local pirate station, Don FM. A lot of the records came out in small quantities, and were only available for a few weeks before they vanished. If you were skint at the time, like me (a student, aged 18), then it was just tough luck.


Those who were heavily into hardcore were fanatical; it was an all-encompassing grassroots culture, and the music reflected the lifestyle – work all week, rave all weekend.

I tried to make a few records. I did the classic thing you do when you’re young – I copied all the bits off everyone else. I created a kind of megamix I guess – I mean, I loved Production House records. They had a couple of years when everything they released was staggering, and they had some of the best producers, like Acen – whose ‘Trip 2 The Moon Part 2’ is a great example of an innovative record that’s incredibly exciting. Some of my favourite labels of that era include Suburban Base, Ram, Ibiza, Hardcore Urban Music, Moving Shadow, Lucky Spin and Labello Blanco – all of whom churned out street sounds with a certain cheekiness, a humour, a devil-may-care attitude.

Before I ever dreamed of making tunes for a living, I remember seeing Sonz Of A Loop Da Loop Era on TV, and seeing these kids my age making music in their garage inspired me. When you’re young, it’s always exciting to see people of a similar age being able to create a musical outburst in such a DIY fashion. 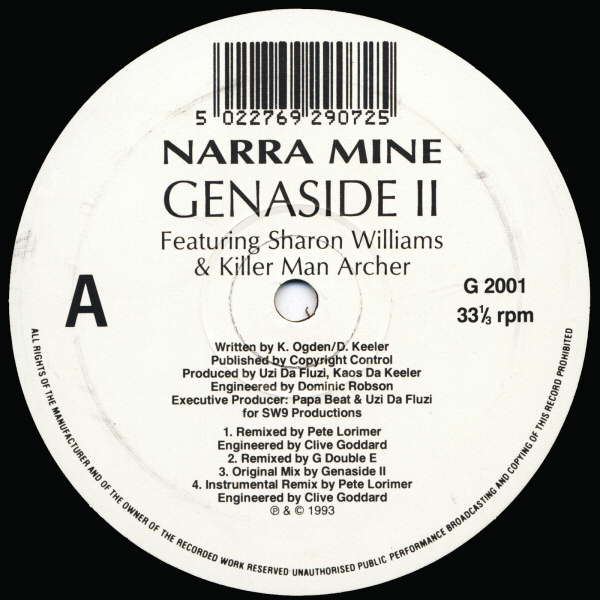 Early onto the scene alongside Shut Up and Dance, Genaside 2 were very hip-hop orientated in their approach, mixing soulful diva vocals with heavy synth sounds and basslines from hell. Jeez, I should be writing for Mixmag. 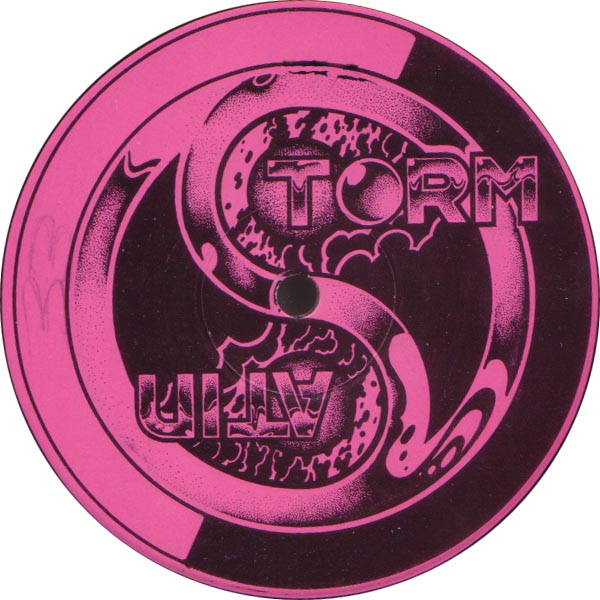 Producer Travis Edwards in full effect. With its colossal distorted bass, backwards Detroit-esque stabs, screeching rising noises and a disembodied voice poking through the mix that appears to be saying “Nicholas Parsons”, this remains one of the most unique hardcore records of all time. 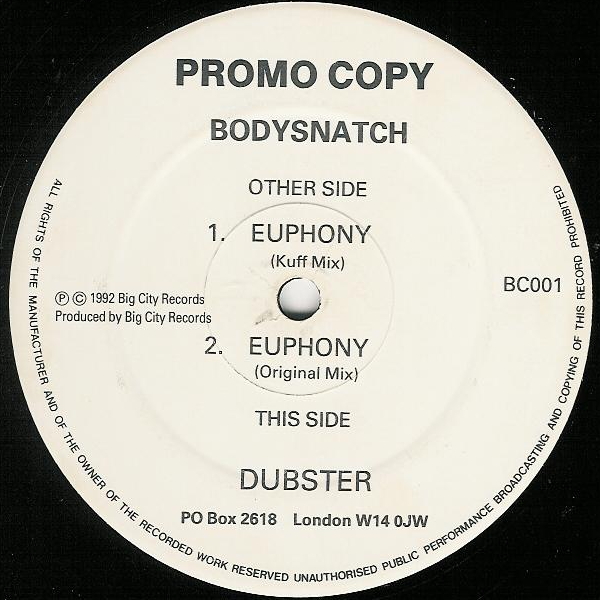 Sedate by hardcore standards, ‘Euphony’ mixes a James Brown regulation funky break, low moody sine wave bass, swirling synths and that “Just For You London/Rush, Rush” vocal refrain. I would be tempted to call this a ‘roller’, but that would be out of character. 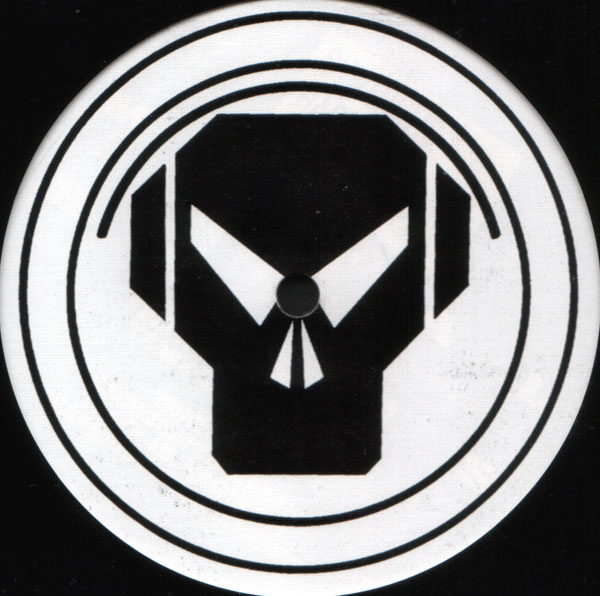 Back in 1992, this futuristic classic was ground-breaking. Immediately raising the game when it appeared, Goldie’s finest moment is instantly recognisable with those elevator drums and razor sharp hoover sounds. This description does not do the record justice – at all. 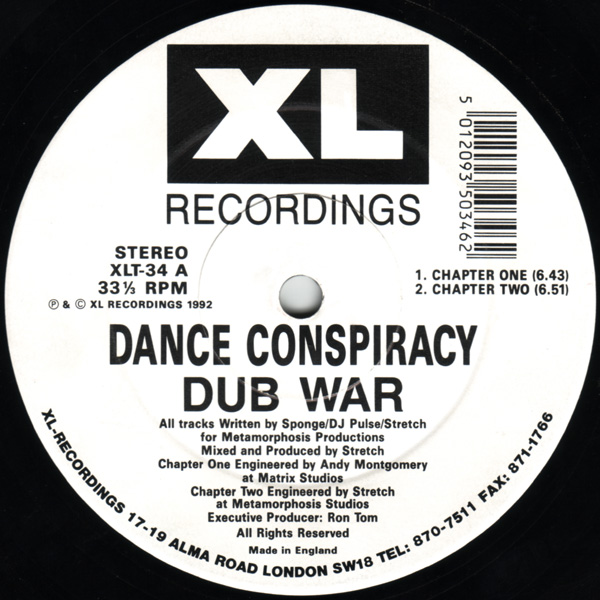 Okay, okay, so there’s no Prodigy in this run down. But here’s another gem from a pre-Badly Drawn Boy-era XL, when Liquid, SL2 and the like walked the earth. One of the blokes behind this later worked on the Sugababes’ first record, fact fans. 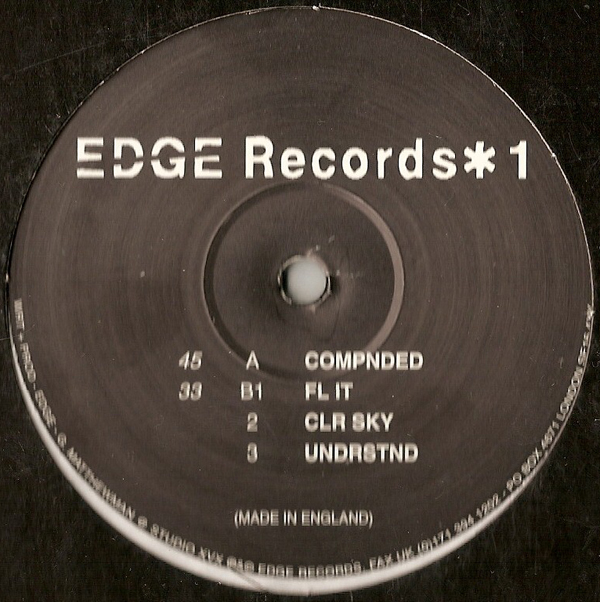 Trumpet-master Gordon Matthewman leaves the brass at home for this ultra-futuristic classic. You’d have heard this played six times in one night at Labrinth back in the day. It became a call to arms, revitalizing even the weariest of ravers. Hearing this brings back memories of trying to resist frazzled strangers who wanted to rub tiger-balm onto your neck. 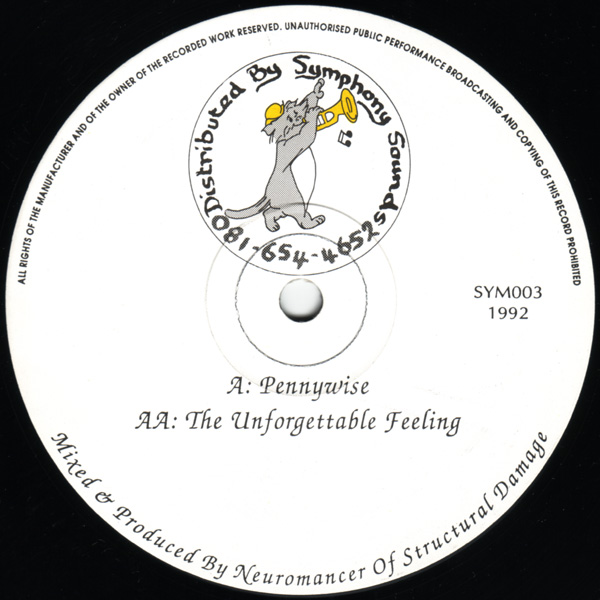 More film-sampling business: this time utilising the voice of the demon clown Pennywise, from Stephen King’s IT. “They all float down here,” he says, underpinned by touching anthemic strings that soften the blow of his evil clowning ways. 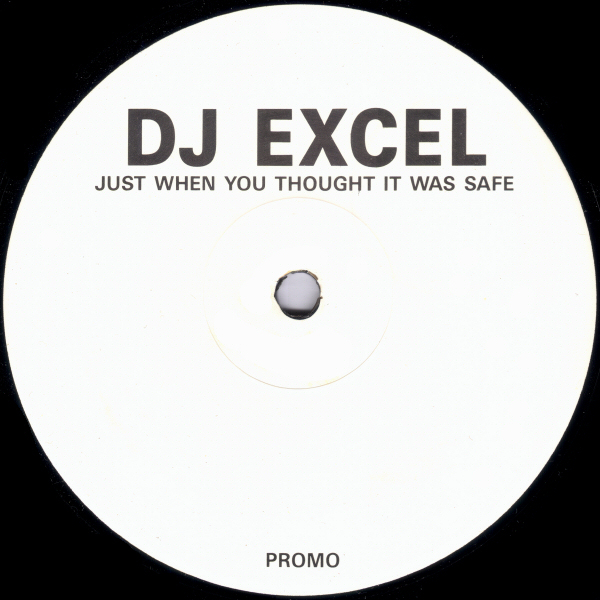 Far from subtle, this fully embraced the film-sampling craze that overtook hardcore for some time. Yes, all your favourite bits from the Jaws soundtrack are here, with a hoover sound playing the famous threatening theme tune. Looks like we’ll need a bigger boat. 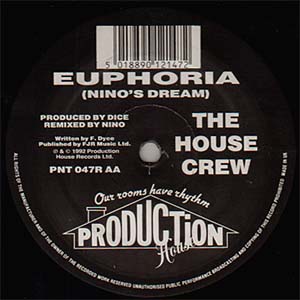 The original version of this is hardly the House Crew’s finest moment (check ‘Keep The Fires Burning’ for an earlier anthem), but producer Nino’s remix swipes samples from the Production House back catalogue and weaves them into a multi-sectioned hardcore monster with soul. 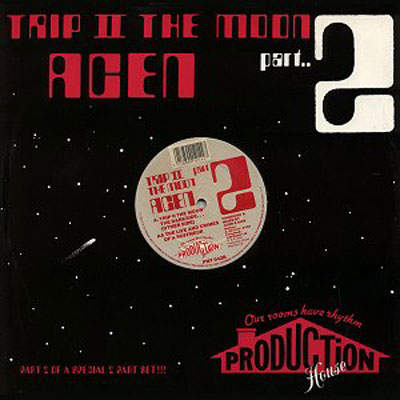 Topping the pile of all hardcore producers, Acen sampled John Barry’s Bond strings way before Robbie Williams. And that’s only part of the story. Complex and incredibly innovative, this is part of a trilogy of great records that sum up that early-‘90s euphoric and twisted vibe. Together, they form the ultimate hardcore odyssey. 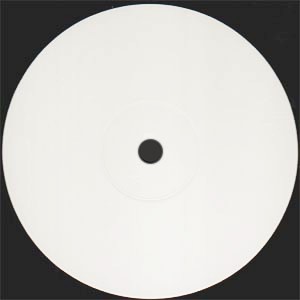 ’Dub Plate’ was another very influential early jungle track, the Amen break running throughout with a Mad Professor-esque reggae bleep tune over the top. On the flip, ‘Batchelor Rock’ was ultra moody, menacing London-vibe hardcore, and it was this that first caught my ear. 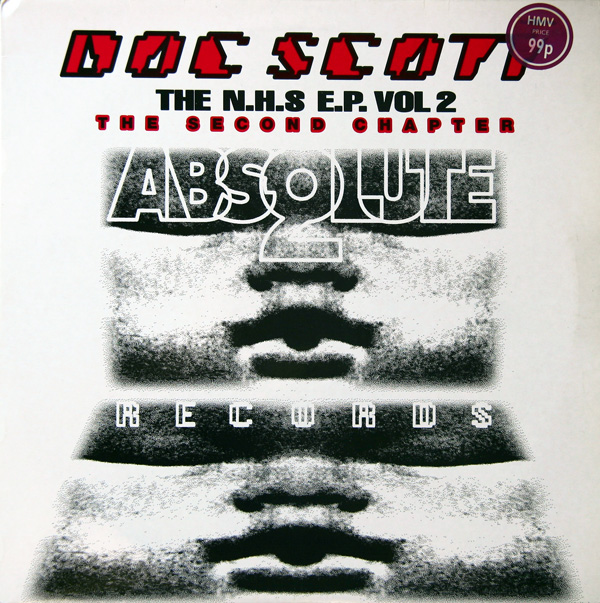 The NHS in this instance being the National Hardcore Service. Grimy Doc Scott drums prevail before a simple piano melody and those trademark hardcore strings seep in! Sounds like a real mess when you listen to it today, but a great example of what it was all about back then. 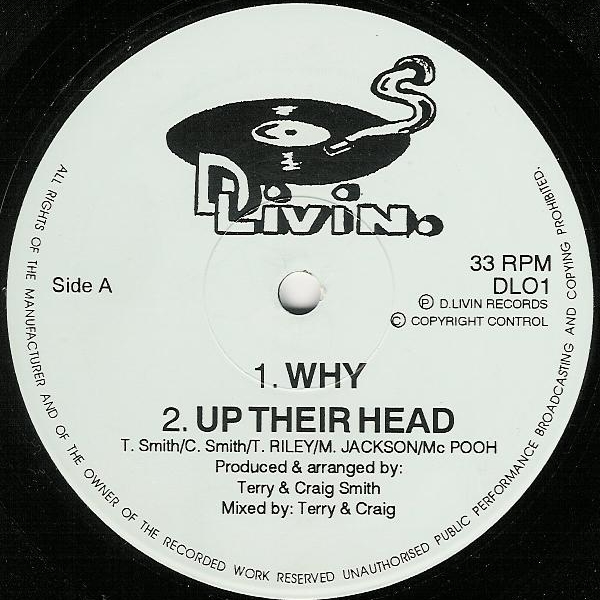 ”Life is all about sex, money and murder,” exclaims a sample of MC Pooh, conjuring up images of a night out in Blackburn. What sounds like a bit of Jacko pops in and out over the incessant beat with the occasional police siren, which makes for a thing of great hardcore beauty.

Easier to find in its ‘legal’ form, and even then still a blinding example of melodic hardcore in motion. This classic bootleg version lifts the whole of the SOS Band’s ‘The Finest’. What a good idea. Surely someone was paying attention. 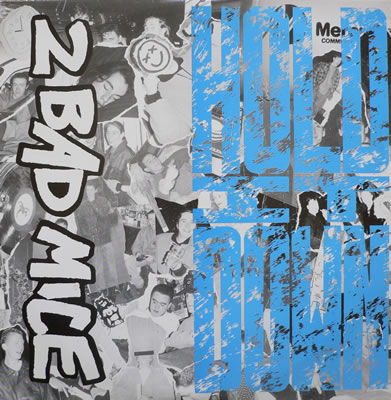 
At the time, ‘Bombscare’ seemed to cross many musical boundaries. Now, it’s one of the only hardcore tracks you still hear DJs playing. A breakbeat, an organ riff borrowed from some old Belgian record and an explosion – what more do you need? 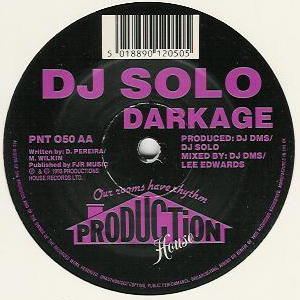 Again, on the cusp of the transition from hardcore to jungle, but still incorporating the soon-to-be abandoned sped-up vocals, this time courtesy of Degrees Of Motion. I sent a demo tape to Production House and received a reply from producer DMS saying, “Not bad, needs a bit more originality”. Nothing’s changed then. 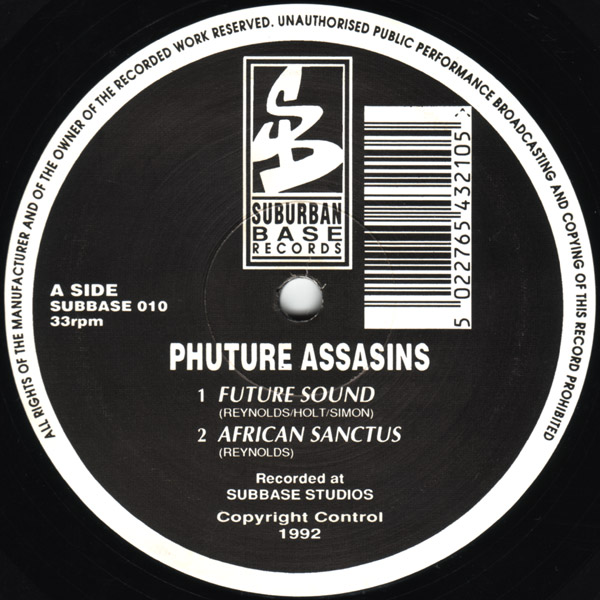 From one of Suburban Base’s leading producers, Austin Reynolds (who was also part of the charting act Sonz Of A Loop Da Loop Era), this mixes reggae overtones with hyper-drums and buzzing synths. Over a decade ago, this genuinely sounded like the future, for a while anyhow. 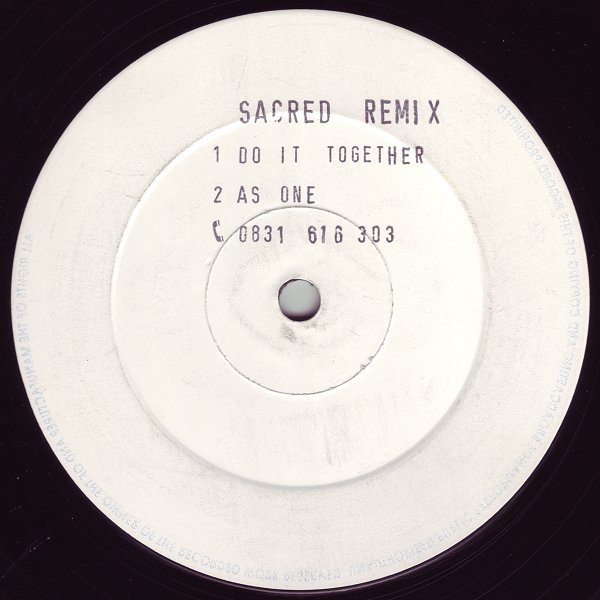 From George Kelly, ‘Do It Together’ was another late hardcore blow-out before the more serious strains of jungle and drum & bass took over. This was a big Lazerdrome tune, with its shout out to the “London Massive” and an almost incomprehensible sped-up female vocal. 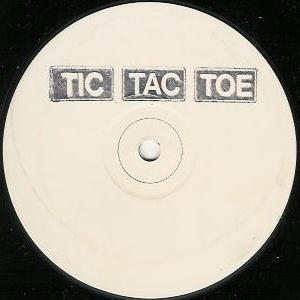 
Now one-half of Basement Jaxx, Simon Radcliffe was partly responsible for this murky anthem, where a grunting synthesizer pokes out of a dense breakbeat backdrop with one of those ridiculously low bass sounds that you feel rather than hear. 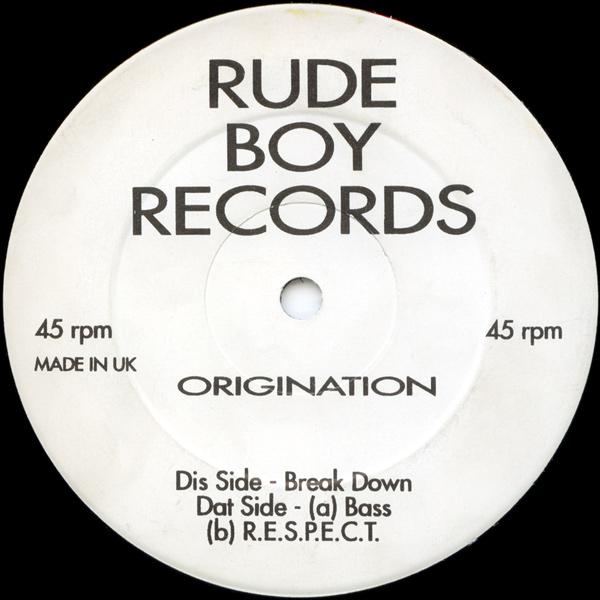 
An early Photek alias, this wasn’t particularly ground-breaking, but it was very popular – bouncing along with a large ‘Shine On’ sample. Funnily enough, girls seemed to like this a lot more than tracks with a big hoover sound and someone shouting “You’re Gonna Die” over the top.