Win tickets to Daedelus and Dorian Concept at Hidden this Friday 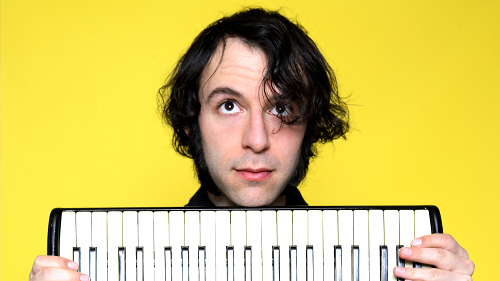 FACT now have four tickets to give away to the night. If you’d like to win tickets for you and three friends, send an email through to competitions@thevinylfactory.com including the word Daedelus and your name in the title field.

On Friday June 8, Red Bull Music Academy are teaming up with FOUND for a killer night of big-league dance and electronica.

The night is part of FOUND’s summer series at Vauxhall venue Hidden. Top of the bill is dapper mentalist Daedelus. The Los Angeles producer is fascinating enough on record, having released 12+ LPs of madcap beat music over the last decade. It’s in the live arena, however, where he really shines; his frenetic Monome performances are the stuff of legend. He’ll be joined by prodigious Austrian upstart Dorian Concept. Concept’s another beguiling live proposition, teasing all manner of tricks and licks out of his array of synthesisers. Expect skewed head-nod, warped analogue house and a smattering of cuts from his upcoming Ninja Tune LP.

Hyperdub’s Cooly G, currently stepping up activities as head of the Dub Organizer label, is also dropping in. With a debut album on the way soon via Hyperdub, she’ll be showcasing a range of club-ready, off-colour house music. Rinse FM’s Braiden (he of ‘The Alps’ fame) rounds out the bill as it stands. Further acts appearing are xxxy, Breach, Waze & Odyysey, Deep Space Orchestra and Goulcher.

The night runs from 10.00pm until 6.00am. Tickets are available from the Hidden website.