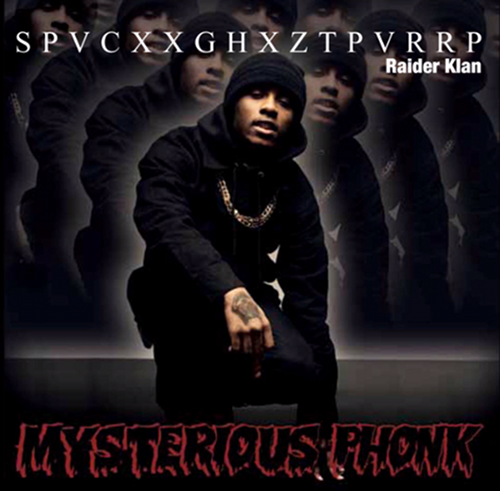 SpaceGhostPurrp’s much heralded 4AD debut is now available to stream.

Mysterious Phonk: The Chronicles Of SpaceGhostPurrp collects buffed-up versions of tracks from the Miami rapper’s last two mixtapes, augmented with the occasional new cut. Although things are hardly spick’n’span, the newer incarnations of the tracks definitely sound a fair bit slicker; to our ears, the slightly glossier SGP isn’t quite as charming as the one we fell for so hard on God Of Black. Still, you could set Xenomania to work on SGP and his overcast, oddball talents would still shine (or, rather, smoulder) through.

Rolling Stone has a full stream of the album. On the site, SGP describes the new album as “like repearing an old car…It was a whole new world. I used to work at home, but having an engineer to do it for me was a little bit easier”.