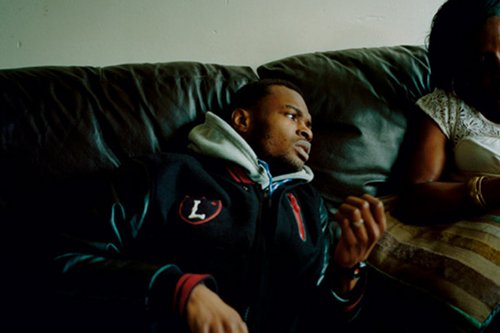 R.I.P might have made a big splazsh this year, but it’s worth remembering that Actress has turned out some pretty arresting remixes too.

February gifted us that astonishing Cyndi-Lauper-gone-wrong remix of Kodiak’s ‘Spreo Superbus’, and he followed through with an exceptionally weird John Cale reinterpretation (we even got a Kasabian refix, of all things). Now, Actress has clubbed up with New York house cats Teengirl Fantasy for a typically diverting remix of their spirited comeback, ‘Motif’.

‘Motif’ is certainly the most deadpan Actress remix we’ve heard this year. There’s little of Splazsh‘s exuberance or R.I.P‘s ponderousness here – ‘Motif’ is a straight up return to the groggy, stumbling techno experiments found on Hazyville. Where the original had a carnival streak, Actress’ version looks to Detroit rather than the tropics. It’s a scuzzy and fiercely repetitive number, with more than a hint of Jamal Moss’ lo-fi tinkering about it.

The ‘Motif’ single will be available on June 25 on vinyl, and on July 9 as a digital download, courtesy of R&S.