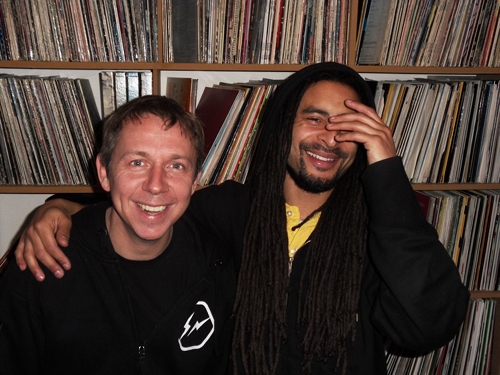 “This is the record that reevaluates and realigns the dubstep movement within sound system culture.”

So says Gilles Peterson of Mala In Cuba, due to be released through his Brownswood label on September 10. In May 2011, Mala, dubstep trailblazer and one half of Digital Mystikz, travelled to Havana with Peterson to record and collaborate with local musicians – Mala In Cuba, a full-length album, documents the results of this unlikely culture clash.


“The plan was literally just go to Cuba, link up with some musicians, check out the vibes, and then see what happens.”

A couple of clips have surfaced online in recent months, but below is your first chance to listen to two tracks in full – namely ‘Cuba Electronic’ and ‘Calle F’, which will be released together on a 12″ in advance of the album, on August 6.

“I was a little bit unsure about it, to be honest with you,” Mala told FACT last night when asked about the project’s beginnings. “It felt way out of my comfort zone. You must understand – I’m pretty low-key, I do my thing in a particular way, and I’m happy doing things that way, because it’s right for me.

“But when Gilles approached me it did seem like a serious offer – you know, I’ve had many offers over the years from a vast range of many different people and companies to do all kinds of projects, but usually I shy away them because they don’t feel right. Something about this f elt right.”

Once in Havana, Mala found he had an instant connection with the musicians, despite still being unsure what direction the project would ultimately take.

“We just kind of jammed,” he recalls. “I was totally out of my element, but you have to do these things in life to change and grow, to learn about yourself and to learn about other people as well, you know. I knew from the start it was going to be a real learning experience – when we first went out there we didn’t even have a concept for what we were going to do. The plan was literally just go to Cuba, link up with some musicians, check out the vibes, and then see what happens.”

But a plan did soon emerge. “We ended up working with a guy called Roberto Fonseca and his band. It wasn’t until the very morning that we went into the studio in Havana that the concept came about – which is that they were going to record traditional Cuban rhythms for me, but at the tempo I enjoy writing music at… around 140.

“Just watching them attack that tempo with what they do was just…it’s just something you can’t put into words. I’ve never been around musicians of that calibre – all of them were phenomenal. They’d set up, literally practice for five minutes and then bang, knock out a five minute improvisation for me to take home. I ended up coming home with about 60GB worth of their playing, just from the first trip.”

From the sounds of it, Fonseca’s band were as intrigued by Mala’s music as he was by theirs. “They don’t really have that kind of culture out there. I’m thinking, I don’t know if I can even work with these guys because they’re on a totally different level musically, and I feel so inferior, but then you play them something of yours, and it’s not that they feel the same exactly, but they don’t know how you created what you created. So you’re both in an unknown, so to speak.

“I like to think that it was interesting for [the Cuban musicians] to hear what they do in a completely different context,” he says. “I wanted [the album] to feel Cuban in a way, to respect the musicians and the culture, but at the same time I still wanted to make music that I could play to my audience, and in my environment – on a soundsystem. It’s Havana meets South London, you know?”

Look out for the full interview with Mala on FACT later this week.