Caspa and The Prodigy’s Keith Flint team up on ‘War’ 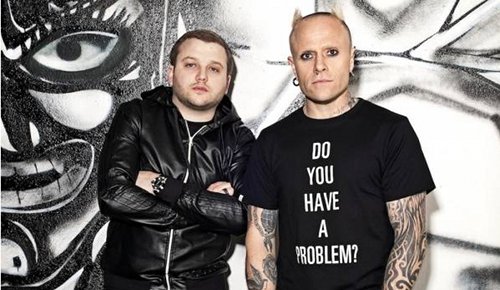 Looks like Rusko isn’t the only Dub Police artist in a collaborative mood.

Caspa, Rusko’s regular partner in crime, has teamed up with The Prodigy’s Keith Flint for ‘War’, a new Caspa single and his first for EMI dance imprint Positiva.

The West London producer, who rose swiftly to fame as a key protagonist in the rowdier side of the dubstep movement, contributing the first dubstep Fabric mix CD in 2007, describes the collaboration thus: “Who wouldn’t want to work with Keith? Growing up, The Prodigy were one of my influences. To actually work with someone like this is a big stamp of approval. One of my goals was to work with the idols I grew up listening to and that’s what’s happened with this track.”

Flint meanwhile, dressed appallingly for a man born in the late ’60s, elaborates: “I knew Caspa was the originator so I was really buzzed to be asked. This is a proper movement and I’m proud to be part of this track.”

‘War’ – which sounds oddly like Cypress Hill, to us – will be released on July 30: audio of it, from Zane Lowe’s Radio 1 show, can be streamed below.