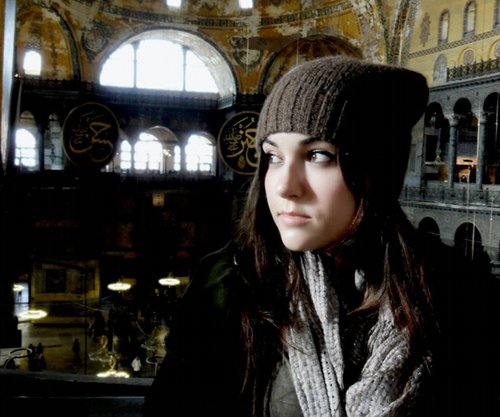 Poland’s Unsound festival is invariably impeccably curated: amidst all the highbrow fare, you usually get the occasional wildcard booking.

The initial line-up announcement for the 2012 edition proves the rule. The most eyebrow-raising addition is Los Angeles aTelecine, the dark ambient outfit fronted by former hardcore pornographic actress Sasha Grey. In the years since leaving the adult entertainment business, Grey has proved herself to be something of the Renaissance woman, working as an actress in some fairly big league film and TV fare and releasing a book of photography. Since 2009, aTelecine have been turning out spooky, caliginous industrial music (the A Cassette Tape Culture series being their finest string of releases). The group will be premiering their live show at the festival.

There are plenty of other impressive acts on the bill for the tenth edition of the bash. Oneohtrix Point Never will be teaming up with Tim Hecker for an exclusive collaborative performance. Their duet will serve as a prologue to a forthcoming joint release on OPN’s Software label, one of a series of releases featuring in-studio collaborations between electronic adventurers. Lustmord and Biosphere will be giving their recent missile-inspired joint composition another outing, and Julia Holter will be performing with the Sinfonietta Cracovia. Leyland Kirby’s madcap V/VM alias will get its first official live outing in six years. The project, which mangles and mulches pop culture detritus to comic ends, is being described as V/VM’s “swansong”. As ever, there’s a nominal theme – ‘THE END – binding all the acts.

Unsound takes place in various venues across Krakow from October 14-21. Venues are set to include a 16th century church and a decaying synagogue.