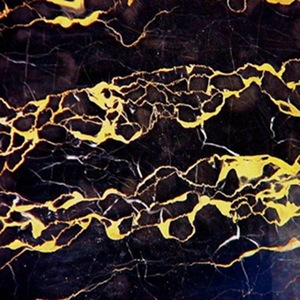 “I don’t think it will make a huge difference in the process. I might be a little more conscious of leaving room for artists to do their thing instead of piling a lot into one track now, and save that for the stuff I definitely want to be heard as instrumentals.”

This was the answer Clams Casino gave to FACT when asked if his newfound appreciation as a solo artist would cause his output to change noticeably. His latest self-release, Instrumentals 2, seems to confirm this; while there is no discernible difference in his production methods, nor in his style, there does appear to be some separation and new ideas coming through.

Instrumentals 2 is much more in the vein of Instrumentals than his haunting Rainforest EP for Tri Angle, although there is a definite trace of this. It is true that there is less detail and variation packed in, a little more space when compared to some of the material from Instrumentals, but it does not become a “difficult second album” by any means. All beats included exhibit a mixture of bullishness and subtlety, the most powerful contributions being all four productions for A$AP Rocky (‘Palace’, ‘Wassup’, ‘Bass’ and ‘Leaf’) and the two for Mac Miller (‘One Last Thing’ and ‘Angels’). These all contain the familiar Clams Casino hallmarks; hissing, low-quality snatches of melodic fragments and chords and manipulated voices, all soaked in reverb and delay; hi hat 16th and 32nd rhythms skittering around crash cymbals; thumping, woody kicks, snares and claps.

However, in Instrumentals 2 Clams also isn’t averse to some more obviousness of the kind ‘Cold War’ ended Instrumentals on. ‘Palace’ uses a pitched-down ‘Adiemus’ by Adiemus (or something extremely similar) to appropriate an epic sound with minimal fuss. For Lil B he uses Imogen Heap’s ‘Just For Now’ in ‘I’m God’ to carry off a floating, angelic quality, and in ‘Unchain Me’ makes liberal use of ‘Cry Little Sister’ by Gerard McMann and Michael Mainieri. Whether this makes you cringe or celebrate probably depends on how much you like The Lost Boys – it is, however, easy to imagine Lil B getting a total kick out of it.

These show Clams Casino at one end of a spectrum of functionality for the artists he is providing material for, much like the curveball that comes with his beat for Squadda B’s ‘Kissing On My Syrup’, a classic hip hop break of 90’s bent and 16th rhythm square wave bass, already featured in B-Sides & Instrumentals, the ‘bootleg’ collection of radio-friendly Clams numbers that was doing the rounds a little while back.

Yet the most revelatory aspect of Instrumentals 2 is not in the beats at all. An unused version of ‘The Fall’ for The Weeknd and his remixes for both Washed Out and Lana Del Rey are all included, and their distinction as instrumental tracks, as opposed to backing tracks, is clear. Both remixes were originally songs and this seems to have lead Clams down a very strange path, none more so than his remix of Lana Del Rey’s ‘Born To Die’. This track subverts everything else on the tape by being a genuinely harrowing experience, its tape delay-effect smears and muted kick all that propel the track through 3 intense minutes of dark, minor key piano and an enveloping cacophony of ghostly smashing and garbled vocal grabs.

Both the remix of ‘Amor Fati’ by Washed Out and the original version of The Weeknd’s ‘The Fall’ use Susumu Yokota-esque melodic delicacy as direction within the typical haze. A striking point is how different ‘The Fall (Original Mix)’ is from the version that ended up being used; slow, full of delayed piano chords, drops drawn into sustained trails over long, pointed silences broken only by bird samples. Weirdly, these piano delays are reminiscent of the pads in – of all things – ‘Surripere’ by Autechre, resulting in a totally different journey.

While Instrumentals 2 will not shake up preconceptions like its predecessor did, these kinds of intriguing moments, found throughout both his hip hop productions and ‘other’ output, still make Clams quite essential. This collection is still full of high standard material for both fields, with additional glimpses of interesting material to come.