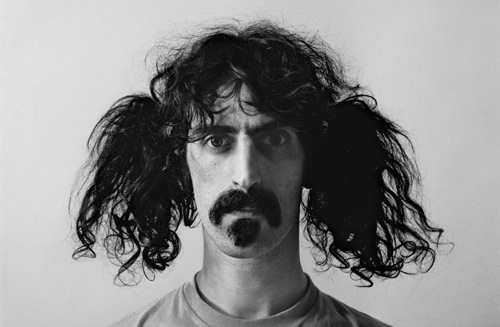 Frank Zappa’s discography is as long as your arm twice over.

The legendary American iconoclast released over 62 studio albums during his lifetime, spanning from scatological sort-of-pop (We’re Only In It For The Money) to freewheeling instrumentals (Hot Rats) to all-out madness (200 Motels). In a decision that will presumably involve a lot of labour, Universal are to reissue Zappa’s back catalogue in its entirety.

According to Consequence Of Sound. the reissue project is a result of an arrangement between Universal and the Zappa Family Trust, which owns the rights to all of the musician’s recorded music. All of the records released on Zappa’s own Barking Pumpkin Records fall under the agreement. Zappa’s first twelve – twelve! – albums will be released this month, with the remainder emerging at intervals over the course of the year. A number of the releases have been specially remastered for the series from the original analogue masters.

The following albums will arrive in June. Hats off to everyone involved.