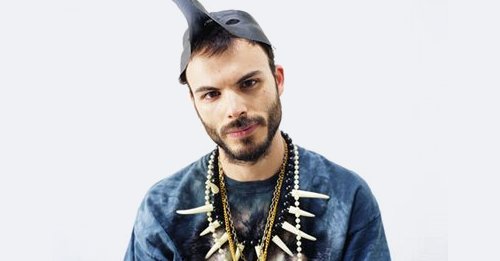 Joakim’s normally a good go-to man for a summer jam. The Frenchman has always gone for infectiousness rather than precision, as evinced by his all-over-the-place LP Monsters And Silly Sounds. He’s just hopped onto the remix for Belgian outfit Arsenal, purveyors of milky (and sometimes milquetoast) electronic pop.

Joakim’s mix picks up where 2011’s Nothing Gold left off, wallowing in gloopy tropical sounds. Arsenal’s original, featuring vocals from perennial journeyman Mike Ladd, is a fairly straightforward piece of swooning boogie-funk. Joakim’s version, by contrast, moves at a leisurely crawl, laying down an unfussy groove and wrapping it in analogue ribbons. The dearly departed Air France spring to mind, as do John Talabot’s brighter moments.

‘One Day At A Time’ is out now on 12″ and digital. Other remixes arrive courtesy of Com Truise and Optimo.