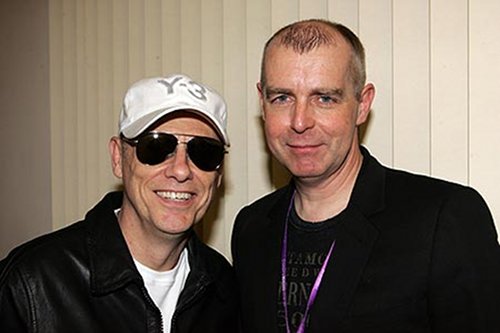 August electro-pop duo Pet Shop Boys are to return to the spotlight with a new album.

Neil Tennant and Chris Lowe’s celebrated combo have been releasing records since 1986. Elysium – the pair’s first studio album since 2009’s liked-not-loved Yes – will arrive in September. According to NME, album producer Andrew Dawson spilled the beans on what to expect from the album: They’ve [Neil Tennant and Chris Lowe] have never done a record in Los Angeles before. They wanted to be around that thing, and get that classic LA sound – the LA players and all that stuff”.

The album will follow on from this year’s Format set, which collected assorted PSB B-Sides from 1996-2009. Dawson previously worked on a glut of Kanye albums, plus records from Erykah Badu and Rick Ross.

A video has also been upped for new track ‘Invisible’. As evidenced below, it’s a slowly unfurling, serene affair, spotted with references to “hazy, lazy mirages”. The visually tricksy clip is directed by LA filmmaker Brian Bress.