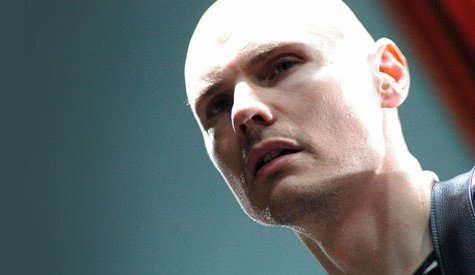 The Smashing Pumpkins loon has directed his acid tongue – previously aimed at the the likes of Pavement, Robert Smith, and every contemporary young musician – at stadium behemoths Radiohead. According to Prefix, Corgan used an interview with Antiquiet to air some insalubrious views about Oxford’s best known global export.

” I can’t think of any people outside of Weird Al Yankovic who have both embraced and pissed on Rock more than I have. Obviously there’s a level of reverence, but there’s also a level of intelligence to even know what to piss on. ‘Cause I’m not pissing on Rainbow. I’m not pissing on Deep Purple. But I’ll piss on fuckin’ Radiohead, because of all this pomposity. This value system that says Jonny Greenwood is more valuable than Ritchie Blackmore. Not in the world I grew up in, buddy. Not in the world I grew up in.

“So I find myself defending things. Is Ritchie Blackmore a better guitar player than me and Jonny Greenwood? Yes. Have we all made contributions? Yes. I’m not attacking that. I’m attacking the pomposity that says this is more valuable than that. I’m sick of that. I’m so fucking sick of it, and nobody seems to tire of it.”

Corgan chastising Radiohead for their pomposity is a little like Waka Flocka Flame calling out Gunplay’s potty mouth. But, beneath the bluster, there might well be something of interest about the way in which certain acts are canonized before their time.

In more music-focused news, The Smashing Pumpkins are currently streaming their new album Oceania on iTunes. Click here to listen.