NME and Morrissey settle libel case out of court 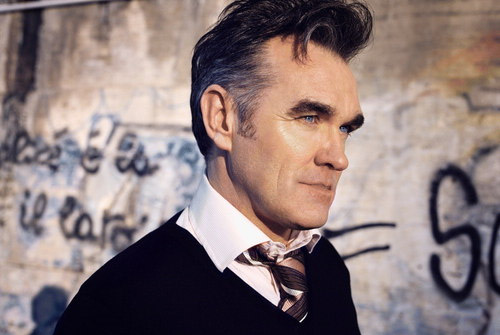 Update: According to Music Week, Morrissey has now settled his libel case with the NME. A statement from the magazine read as follows:

“NME is pleased that it has buried the hatchet with Morrissey in respect of the libel case he brought against us in 2007. Morrissey sued over an article based on interviews with him which he believed accused him of racism. After an on-going dialogue with Morrissey and his representatives, NME today publishes a clarification in the magazine and online which makes it clear that we do not believe we ever called Morrissey a racist and nor do we believe he is. We have said sorry to Morrissey for any misunderstanding that may have arisen. The settlement with Morrissey does not involve payment of any damages or legal costs (other than a small sum of costs which the court ordered NME to pay last year when we applied unsuccessfully to have the case struck out on grounds of delay).”

They fell out spectacularly back in 1992 when the singer made an ill-advised appearance draped in a union flag at a concert in Finsbury Park; the magazine subsequently suggested he was “flirting with disaster” and that the show had contained racist overtones. Relationships imploded all over again in 2007, when Morrissey was reported as saying (amongst other contentious statements) that “the gates of England are flooded”. Morrissey has subsequently entered libel proceedings against IPC Media, who publish the magazine.

As The Quietus report, the magazine has now issued an online apology to the redoubtable former Smith. The full statement, published here, reads as follows:

“Following this, Morrissey began proceedings for libel against us. His complaint is that we accused him of being a racist off the back of an interview which he gave to the magazine. He believes the article was edited in such a way that made him seem reactionary.

“We wish to make clear that we do not believe that he is a racist; we didn’t think we were saying he was and we apologise to Morrissey if he or anyone else misunderstood our piece in that way. We never set out to upset Morrissey and we hope we can both get back to doing what we do best”.

A flick through this week’s issue of the magazine suggests the apology hasn’t been replicated in print. This may prove a sticking point, considering that Morrissey has suggested only a printed apology will suffice. In an earlier statement, his representative said: “The NME recently offered to apologize to Morrissey by offering space on nme.com, but not within the printed magazine. This offer was rejected as disproportionate to the damage done to Morrissey by the NME magazine itself.”

Either way, it’s still a victory of sorts for the singer. Next stop: Uniqlo!