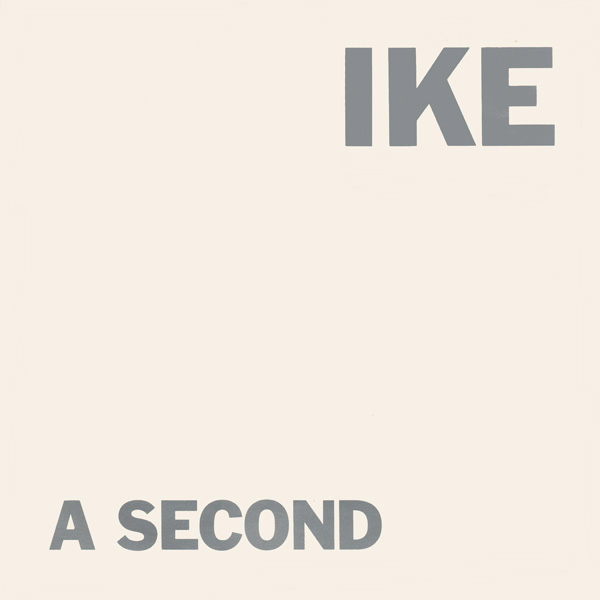 Ike Yard’s self-titled album of 1982 is to be reissued for the first time.

The album was the only full-length ever released on the short-lived Factory America imprint, a sub-label of Tony Wilson’s Factory curated by Michael Shamberg, and it has never been re-pressed or even appeared on CD. Original copies go for extraordinary amounts of money. It’s a post-punk album like no other: a work of brooding, minimalist electro that’s close in spirit to Cabaret Voltaire’s early work, but notably sharper, cleaner, arguably more penetrating.

An obscure item even back in ’82, Ike Yard – often referred to, erroneously, as A Fact A Second, because of the cover design’s creative use of the record’s catalogue number – has nonetheless become something of a cult classic in recent years, with contemporary artists like Kode9 expressing their admiration for it. A 2006 CD compilation from Acute, 1980-82 Collected, and an appearance on Soul Jazz’s New York Noise Vol.3 (which Stuart Argabright in fact compiled), helped make a new generation of seekers aware of the band’s work.

Which brings us to the long-awaited reissue of the album, which is due out on Desire in Autumn. The 2012 edition of Ike Yard will be accompanied by several remixes – confirmed are offerings from Monoton (aka German electronic visionary Konrad Becker, whose own Monotonprodukt 07 of 1982 occupies a similar sonic terrain to vintage Ike Yard, and is also due to be reissued by Desire later this year), Blackest Ever Black’s Raime, and Arnaud Rebotini of Black Strobe. Apparently there are more remixers yet to be announced, along with details of what format the remixes will be released on.

It’s turning out to be a good year for the Argabright archive: a selection of the “post-industrial” music he made in the early-mid 1990s with Shinichi Shimokawa under the name Black Rain, some of which was originally intended for the soundtrack of the movie Johnny Mnemonic, was released back in January by Blackest Ever Black.