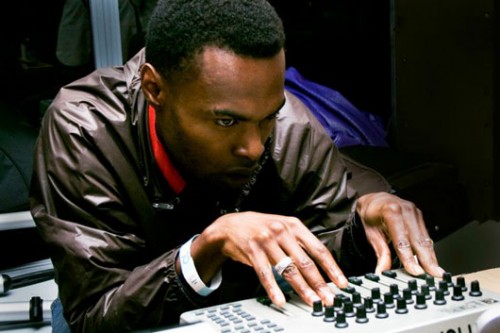 Actress’ genre-splitting Splazsh – and, to a lesser degree, the sublime R.I.P – might suggest that the producer has a short attention span.

Darren Cunningham can, however, display a Zen degree of focus. Anyone who made it to his Tate Modern installation back in March would seen the producer spinning nebbish R.I.P cut ‘Jardin’ out over 40+ minutes. His new mixed for Dazed Digital similarly shows Cunningham locking into a mood and refusing to budge.

The set, clocking in at just under half-an-hour, collects a selection of groggy 4/4 and very little else. Things range from tuff Jeff Mills-via-Gene Roddenberry techno to gentler, beat-lite interludes. As with Cunningham’s best material, things never become ascetic or forbidding – there’s far too much romance in his hyper-compressed textures for his work to ever be described as clinical.

There’s no tracklist, artwork, or any other extraneous kerfuffle – no distractions, in short.