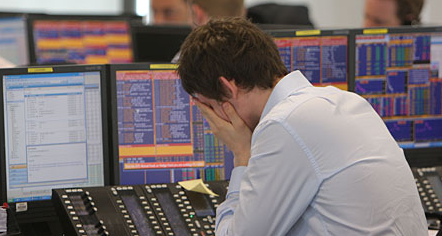 The music equivalent of fantasy football has arrived, Billboard reports.

A new app called TastemakerX was launched earlier this week. Created by two former A&Rs turned digital entrepeneurs, Marc Ruxin (EMI) and Sandro Pugliese (EMI, Elektra, Virgin), the app gives users the ability to invest virtual money (“notes” are the game’s name for its currency) in new acts, and to reap (fake) dividends if their act goes on to enjoy commercial success.

“In the old days, the only way you could be a tastemaker in music was to be a radio person or an A&R rep or a label honcho,” says Ruxin. “Now with the social web anyone can be a tastemaker.

“If you look at fantasy sports, there’s 50 million people around the world playing everything from cricket to football and they’re not watching sports, they’re watching data. People talk about data gamification, so shouldn’t culture be gamified? Music is a bigger point than any other sport.”

“TastemakerX allows music buffs to invest in their favorite artists using virtual currency as a way of staking claim of their own cultural foresight. Users can tweet, Facebook or eventually add photos to their investments to further socialize their activity — so, if you saw Frank Ocean play Coachella in April, you could point to your early investment in the singer after his stock inflates when his debut album Channel Orange is released in July. Since beta users skew heavily towards indie rock, the user-driven pricing has little relation to chart performance — which would explain why Carly Rae Jepsen was trading at an average share price of $1.65 the day ‘Call Me Maybe’ topped the Billboard Hot 100, while dream-poppers Beach House traded at a heftier $8.49 without a charting single.”

Hampp adds that Ruxin will soon be revealing ways in which players can earn more “notes” to invest in artists, and hopes be able to offer free currency and giveaways in time, as well as integrating the app with Songkick “and other music services”.

“We have 100,000 of these artist pages, and the goal is that these will become great user experiences where bands can promote their stuff,” Ruxin says.