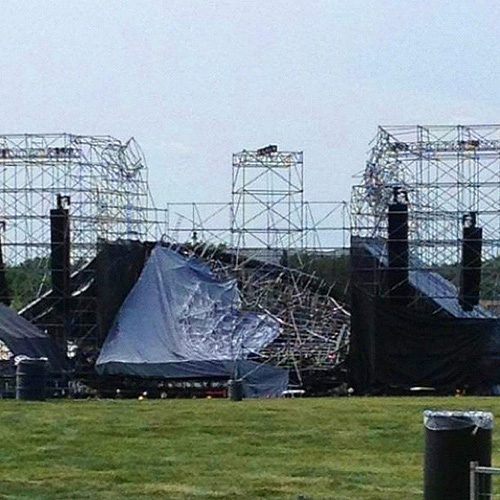 Tragedy struck on June 16 when one of Radiohead’s drum technicians was killed by a collapsing stage.

33 year-old Scott Johnson lost his life in the incident, and three others were also injured. The Canadian authorities are now endeavouring to ascertain who was should be deemed responsible, and Rolling Stone now report that Radiohead’s touring company are being investigated for their role in the accident.

The band’s own Ticker Tape Touring LLP is among four companies being scrutinised by the Canadian Ministry of Labour for their role in the tragedy. The other companies in the frame are Optex Staging And Services, Nasco Staffing Solutions and touring giant Live Nation, with all four being named as directly responsible for the incident. No official statement has been released by any of the named companies.

According to a Ministry spokesman, the number of companies involved in the show has made culpability unusually difficult to trace: “We’re still trying to figure out who owns what, who’s responsible for what. You’ve got lighting technicians, sound technicians, the band’s people — we’re trying to figure out who worked for whom.” The official also suggested that Live Nation are understood to be the most responsible party.

You can read Radiohead’s statement on the incident here.