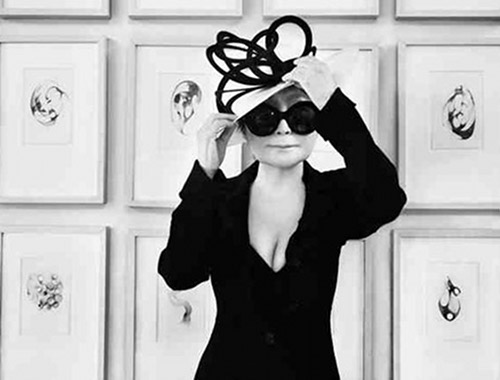 The Sonic Youth/Yoko Ono team-up for charity sounded pretty invigorating on paper, and there’s now visual documentation of the pair working together to enjoy.

The fourteen minute ‘Early In The Morning’ saw former spouses Thurston Moore and Kim Gordon club up with the grand dame of the avant-garde. Rather nobly, all sales of the release go towards tsunami relief charity Ashinaga Rainbow House.

The clip below, hosted over at The Guardian, documents an as-yet-unheard track called ‘Mulberry’, and it’s bracing stuff. Trembling looped moans contend with squalls of feedback and some fierce auto-destruction from Moore in particular.

A full-length is also due from the trio –YOKOKIMTHURSTON will arrive later in the year, and will presumably feature more exploratory, semi-improvisational work. Ono is currently hosting a ‘digital takeover’ of the site.