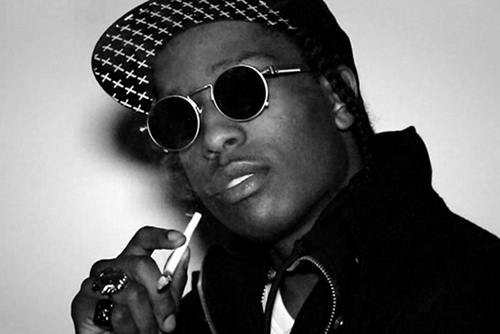 A$AP Rocky’s a pretty versatile rapper, but he’ll not to showcase some serious range to pull off his next stunt.

Pitchfork report that the self-styled “pretty motherfucker” will play JFK in Lana Del Rey’s forthcoming video for her new track ‘National Anthem’. According to Rocky, Del Rey will appear alongside him as Jackie O. The clip promises to be, in his words, “some cool trippy shit, some real 2015 shit. People are going to get it in three years, and that’s the whole purpose of it”. The news is culled from a video interview with 16 Bars, which is available to stream in full below. What next? SGP as Nixon? Chief Keef as John Quincy Adams? (note: Rocky also claims LDR is six months pregnant with his child, so there may be some degree of japery going on here).

It’s not the first time the pair have collaborated: their collaborative track ‘Ridin’ popped up then swiftly disappeared back in April, and is set to appear on the rapper’s forthcoming LONGLIVEA$AP. A$AP Rocky has also just firmed up his Summer tour schedule. Del Rey, meanwhile, can be found hanging out with Bobby Womack.