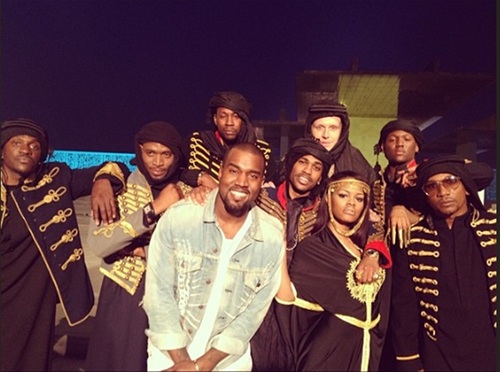 Maybach Music Group’s Self-Made 2 might be imminent, but further details have just emerged of 2012’s other major posse record.

The debut record from Kanye West’s G.O.O.D Music crew has been on the boil for some time, and there’s been a handful of advance releases and teasers so far this year. The shifty ‘Mercy’, featuring Pusha T, Big Sean and 2 Chainz, dropped back in April, and the click’s remix of Chief Keef’s ‘I Don’t Like’ trickled out the following month. We’ve also heard about contributions from Hudson Mohawke, seen Pusha T collab with The-Dream and welcomed Q-Tip to the fold.

Exclaim report that the album has now had a release date set. During an appearance on Funkmaster Flex’s radio show, Pusha T revealed that Cruel Summer will arrive on August 7. The album title, you’ll note, is the same as Kanye’s recent Cannes-busting feature film.